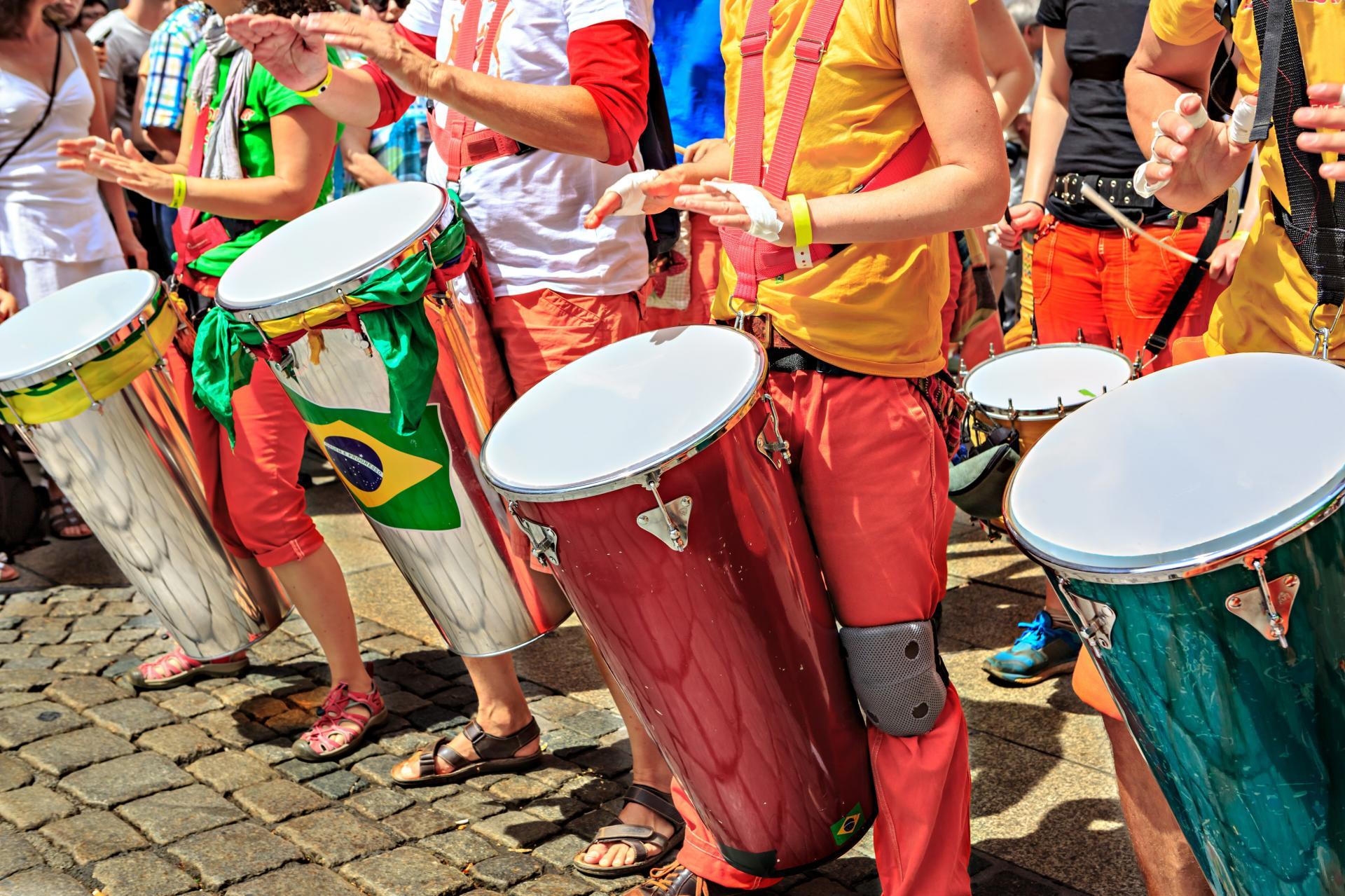 Instruments give the special zing

A successful Brazil vacation thrives on good accompanying music. Brazilian music is extremely versatile and immediately captivates even non-professionals with its sense of rhythm. This is mainly due to the characteristic instruments used in samba and co. These instruments have widely ramified roots: they originally come from Africa, Portugal, or other European countries. What is special about the Brazilian instruments is that they have evolved over the centuries to accommodate the different musical styles in Brazil.

Most Brazilian instruments can be categorized as percussion. They have mainly - but not exclusively - African roots. Slaves from various African countries introduced them to Brazil along with their cultures and religions. These are percussion instruments such as bells, drums, or rattles, whose traditional functions were refined and adapted to Brazilian musical styles. Very special instruments of percussion in Brazil are:

The iron bells are typical of all Afro-Brazilian cultures. They give structure to the music and are struck with a stick. Depending on where the stick hits, different sounds are heard.
The classical samba agogô consists of two bells, which are connected by an elastic round iron and can be pressed together. In this way, the characteristic click of the samba is heard.
A special form are four-bell agogôs with four bells attached next to each other. They can be used to play more extensive melodies, such as those regularly heard in the sambodrome at the carnival in Rio de Janeiro.

These large drums are usually played by hand and are used in every samba session as well as in the martial art capoeira. Here, the atabaques often take on an accompaniment role for other Brazilian (percussion) instruments. In samba rounds in Bahia, the traditional drums are used at will, depending on which instruments are available.

The sound bow with calabash is the leading instrument in capoeira and determines the rhythm and playing speed. The berimbau is held with the weaker hand and bent in front of the body. Depending on the tone the player wants to produce, whether clear or buzzing, he strikes the string or the sounding calabash with a stick at different heights, changing the grip position if necessary.

One of the most popular Brazilian instruments is the shell tambourine, which was brought to Brazil by the Portuguese colonizers. It is played with the fingers and the ball of the hand. If the pandeiro is held horizontally, the sound of the bell is particularly effective. The instruments can be covered with synthetic or natural skins, the latter sounding more subtle.

It is impossible to imagine the street carnival in Recife without these drums, as they form the center of the maracatu groups. Especially for this Brazilian music style, they are indispensable. The Alfaias come in three sizes, each with a different playing function. Skilled players stand with bent knees above the drum and hit the head with their stick near the center. Only after long practice do they succeed in the dexterous hand movements necessary to control this Brazilian instrument.

Shaking instruments like the xequeré have the task of combining all other instruments into one unit. In the natural version, the rattle is made from a hollowed-out calabash gourd covered with a net full of seeds, beads, or shells. In modern form, a fiberglass body is used. When the calabash is played, the net strikes against the sounding body and produces the desired sounds. The instrument is usually held with the weak hand, moved rhythmically back and forth, and struck. The xequeré is involved in many Brazilian musical styles. It is used in samba as well as in maracatu and Salvador's axé.

Today's Brazilian stringed instruments date back to the Portuguese conquerors. They include the seven-string guitar, the guitar, the mandolin, and the cavaquinho (small guitar). The latter is one of the characteristic Brazilian instruments and has an exceptional position in the samba as the only melodic instrument that completes the sound picture with its harmonies.

Maybe you would like to try playing Brazilian instruments yourself after reading this? As part of a trip to Brazil, the opportunity to do so is sure to arise. The team of Aventura do Brasil is looking forward to advise you and to plan your musical dream trip with you!