The history of the Havaianas in Brazil 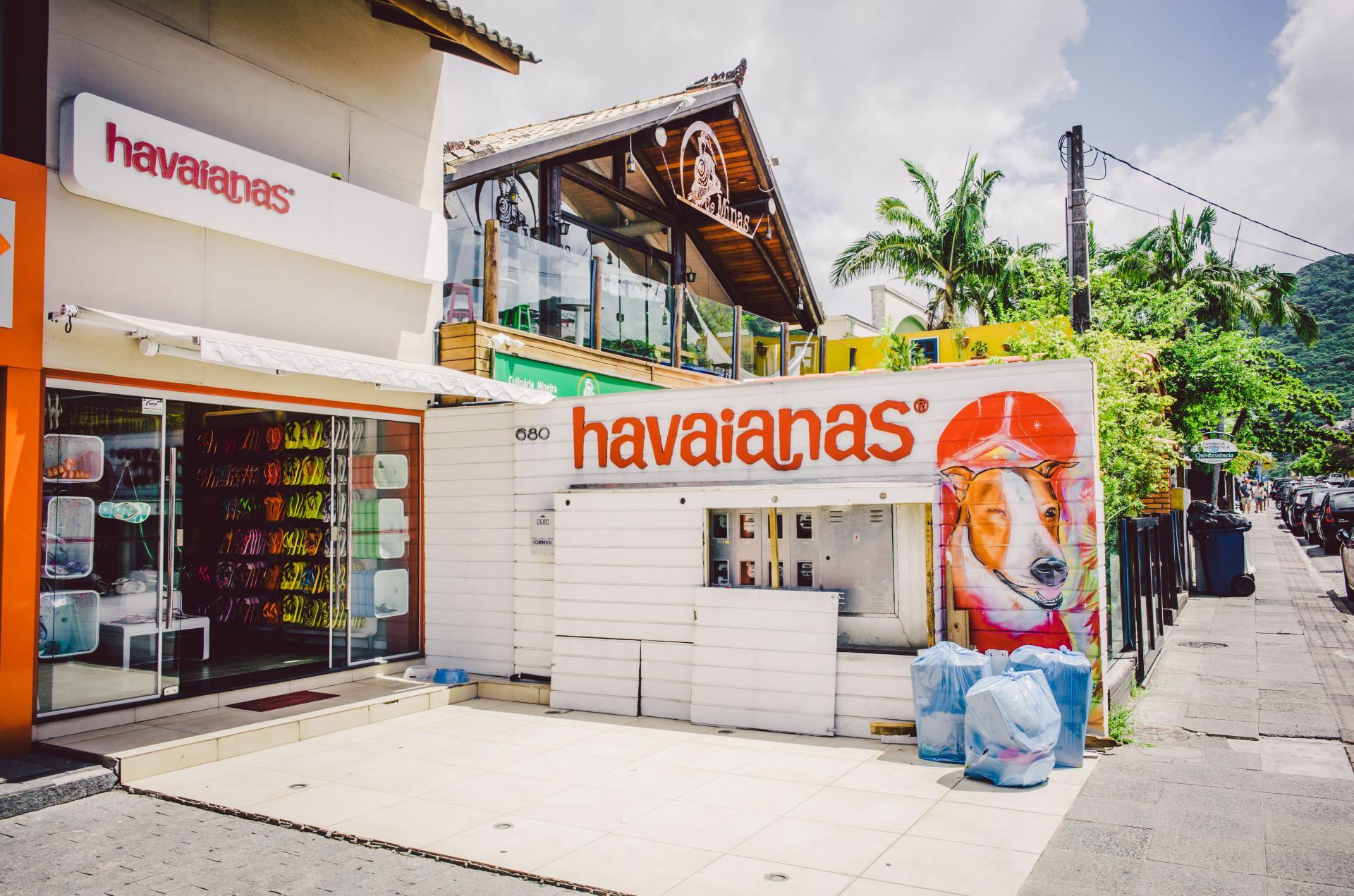 The success story of the popular Brazilian shoe brand Havaianas

You see them on the beach, you see them at the pool, you see them on the street and you see them in the bar in the evening. Come with us on the tracks of the Havaianas, the comfortable all-rounders. During your Brazil vacation, you will probably not be able to avoid looking into at least one of the numerous Havaianas stores at the roadside. Open or closed shoe models, printed or simply kept simple... The selection is gigantic and surely you will find something suitable for every occasion. In the busy streets of Rio de Janeiro as well as on the relaxed beach promenades in Florianopolis, you will not lack Havaiana stores and you will have the opportunity to get well equipped for your stay in Brazil. The brand is already as much a part of this versatile country as the Oktoberfest is to Germany or the Eiffel Tower to France and has become an integral part of Brazilian culture, especially in recent decades. Slip into the comfortable shoes and the Brazilian sun will certainly quickly make for a bright strip of straps on your feet.

To retrace the successful history of the Havaianas, we'd best start by taking a look at the year 1962, the year in which everything began and the first pair of the popular shoes were produced. Inspired by a Japanese model of open-toed sandals with stabilizing straps and rice straws as soles, the Brazilians also began production of the light sandals and replaced the rice straws with a rubber sole. And there they were born: the simple, affordable, and resistant shoes for which Brazil would become famous far beyond its borders. Just four years after the production of the first Havaianas, the brand's parent company, Alpargatas, applied for a patent on the models created. Incidentally, the shoes produced up to this point were always made in the same color combination: A white sole and blue straps are the traditional colors of the Havaianas. Only with time did people become a little more experimental and the sandals were made in new colors for the market.
By 1994, the brand had already managed to sell its shoes not only in Brazil, but also to gain a respectable customer base outside the country. The coveted shoes were particularly successful during the 1998 Football World Cup. For the international event, models were made that carried the Brazilian flag on one of the straps. The new Havaianas model caused great enthusiasm among consumers, making it one of the best-selling editions of the versatile collections to this day.

Havaianas are known as a product for everyone, but despite their strong presence they have had to overcome some difficulties. In particular, the affordable price of the shoes quickly gave customers the impression that the brand was focusing more on a target class with limited financial resources. To counteract this image, the brand developed humorous commercials in which one thing, in particular, became clear: Everyone wears the shoes and the low price does not affect the quality of the sandals. In the commercials that were broadcast, for example, one could see undercover cameramen visiting the homes of prominent people and filming their Havaianas placed in front of their beds. Soon it was clear that the Havaianas found buyers in all circles and that the shoes could be confidently presented in public. However, the comfortable rubber shoes were not only seen more and more in everyday life but also on the red carpet they now enjoyed great popularity. Prominent actors slipped into the comfortable sandals after a strenuous evening in uncomfortable shoes and thus proved once again that the coveted Brazilian pieces fit in any place.
Incidentally, a partnership between Disney and Havaianas has been in place since 2011, which means that Mickey Mouse and Co. have now also found their place on the printed shoes.

Just browse through a genuine Brazilian Havaianas store and find the right model for your Brazil trip. Get ready for the beach, the street, and the Brazilian caipirinha nights and test the surprising comfort of these simple models for yourself.