Amazon Rainforest – The Pharmacy of the Indios 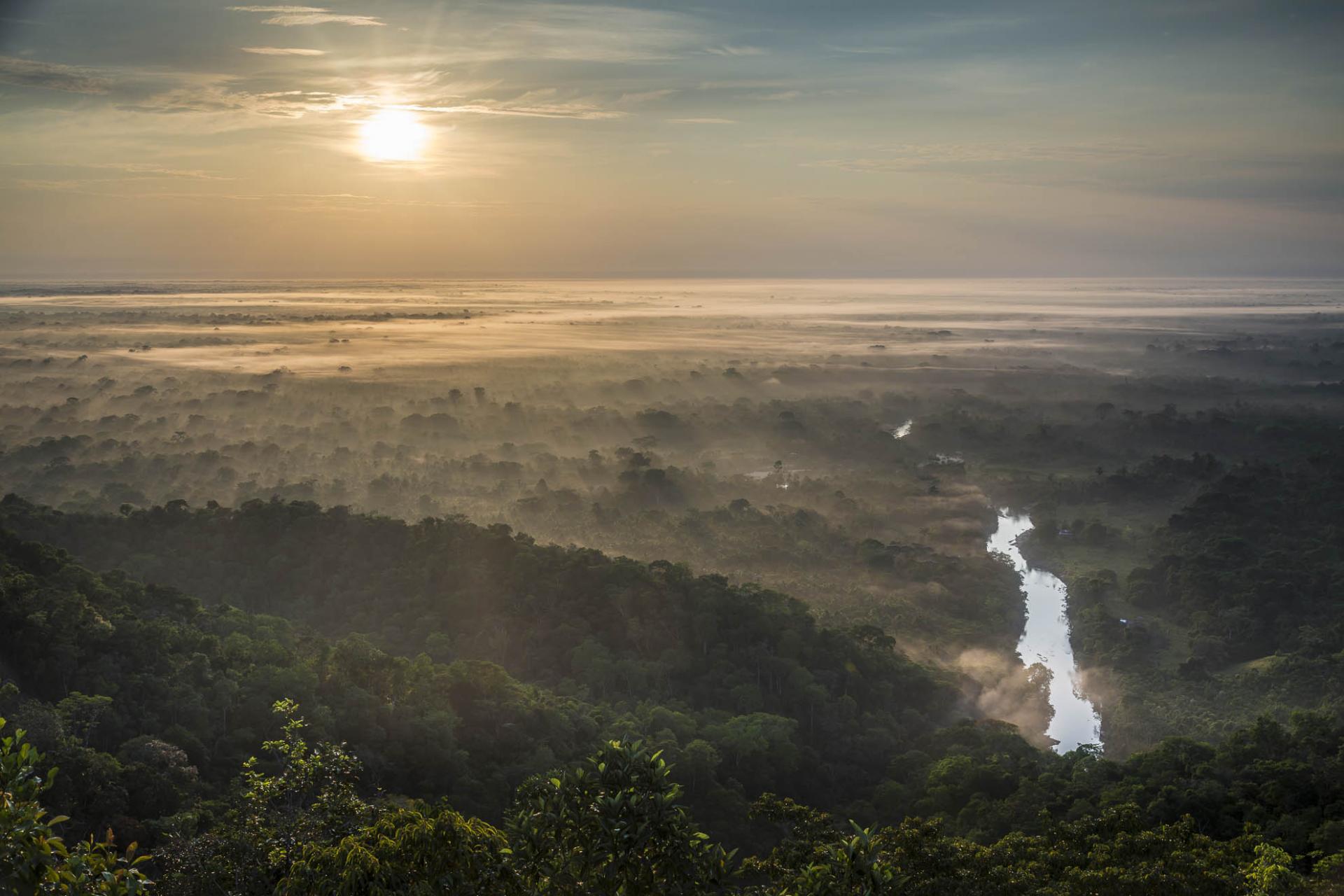 With 2,123,562 square miles (5,500,000 square kilometers), the largest pharmacy in the world is unsurpassed in the diversity of medicinal ingredients. And it's not located in some big mall in New York, Los Angeles, London, or Bangkok, but in South America. It is the Amazon Rainforest, one of the largest ecosystems on the planet. This vast area of precious and ancient forests stretches across Brazil, Peru, Colombia, Venezuela, Ecuador, Bolivia, Guyana, Suriname, and French Guyana. For many tourists, the Amazon Rainforest with its unique biodiversity is one of the highlights of a trip to Brazil.

The largest rainforest on earth

The Amazon Rainforest is also very important because of the extraordinary biodiversity it harbors. A true jewel of nature, unique in the world. Ten percent of all known animal species live here, including the Amazon river dolphin, the jaguar, and the boa constrictor. There are more than 3,000 species of fish, about 427 species of mammals, around 1,294 species of birds, and more than 370 species of reptiles. Besides, the forest is home to at least 40,000 plant species and new species are discovered every year. Since 1999, more than 2,200 species have been classified, including a monkey that purrs like a cat. Furthermore, many people also depend on the forest's resources for their survival, as the region is inhabited by some 350 indigenous peoples, many of whom preserve very ancient traditions and customs.

Although most medicines today are obtained through chemical synthesis processes, many active ingredients are of natural origin. More precisely, they are extracted from plants. The tropical forest has already given us dozens of substances that have revolutionized Western medicine. Some examples are Curare (Strychnos toxifera), used as a key component in anesthetics, and Cinchona (Cinchona officinalis) against malaria.

Therefore, in recent years, there has been renewed interest by pharmaceutical companies in finding new formulations and active ingredients of plant origin for the treatment of cancer, HIV, and other diseases. The focus is primarily on the richest ecosystems yet to be explored, such as tropical forests.

It is believed that many new active ingredients can still be discovered in the Amazon Rainforest, as the Amazon is one of the most biologically diverse sources on the planet. This is also where the so-called curanderos, native healers, can be found, who pass on the knowledge of traditional medicine from generation to generation.

Barserikowi'i – The Center for Indigenous Medicine in Manaus

The first indigenous medicine center in the Amazon, called Barserikowi'i, began functioning in Manaus in 2017. There, indigenous people from different regions of the upper Rio Negro treat indigenous and non-indigenous people.
There are two treatment methods used by the specialists, called Kumuã (plural of Kumu in the Tukano language). One is the medicinal plants from the Amazon Rainforest and the other is bahsese. Bahsese is a kind of blessing that healers pronounce to activate healing powers.

Guaraná is a climbing plant native to the Amazon Rainforest. It grows spontaneously along river courses and can reach a height of 42.6 feet (13 meters). In cultivation for industrial use, it is grown as a shrub, reaching a height of about 6.6 feet (2 meters). Relevant are the seeds of the plant, which are rich in active compounds similar to caffeine. Guaranine is the most important of these. Guaraná is used, for example, to stimulate the nervous system. Other properties include reducing fatigue, improving memory, a hypoglycemic and antioxidant effect.

Açai is the fruit of the Euterpe oleracea, a palm tree that grows in the Amazon. The nutritional properties of this blueberry-sized fruit were already known in pre-Columbian times when it was one of the main foods of the Amazonian peoples. Açai has vegetable fiber, vitamins A, B, C, E, minerals, and antioxidants, and protects the neural system.

The red fruit of this plant resembles a cherry but contains pulp inside with a very sour taste. The acidity indicates the presence of vitamin C, which is about 30 times higher than in oranges. The acerola also contains abundant minerals, such as potassium and magnesium, and antioxidants. Thanks to its active ingredients, acerola extract has antioxidant and tonic properties and helps prevent colds.

Pitanga is a shrub that grows wild in the South American tropical forest area, including Brazil. This tree can grow up to 24.6 feet high (7.5 meters) and is characterized by its fine branches and smooth, dark bark. The fruit has interesting nutritional properties. It is a source of vitamin A, calcium, phosphorus, and iron. Pitanga leaves can be used to prepare digestive and diuretic teas and to soothe diarrhea. Water boiled with the bark has antiseptic properties and is traditionally used as a mouthwash for infections of the oral cavity.

There are many other remedies from the Amazon Rainforest such as Copaiba oil, which is considered to have strong anti-inflammatory properties. The oil has long been used for medicinal purposes by indigenous peoples as a natural antibiotic. Such as bronchitis, gastritis, and urinary tract infections, neurodermatitis, nail fungus, acne, or skin blemishes.
Murapuama bark, for example, is used as a neuromuscular tonic, aphrodisiac, against weakness, influenza, impotence, and chronic rheumatism.
The medicinal plant Saracura-mirá is also popularly known as "Cerveja do Indio", in English "beer of the natives". It is considered energetic and is used in the treatment of physical and sexual fatigue, insomnia, nervousness, and memory impairment.

As you can see, the Amazon is much more than just a popular destination on a Brazil vacation. It is home to nearly 20 percent of the earth's fresh water, stores many tons of CO², and at the same time, the Amazon Rainforest is home to the largest open-air pharmacy!