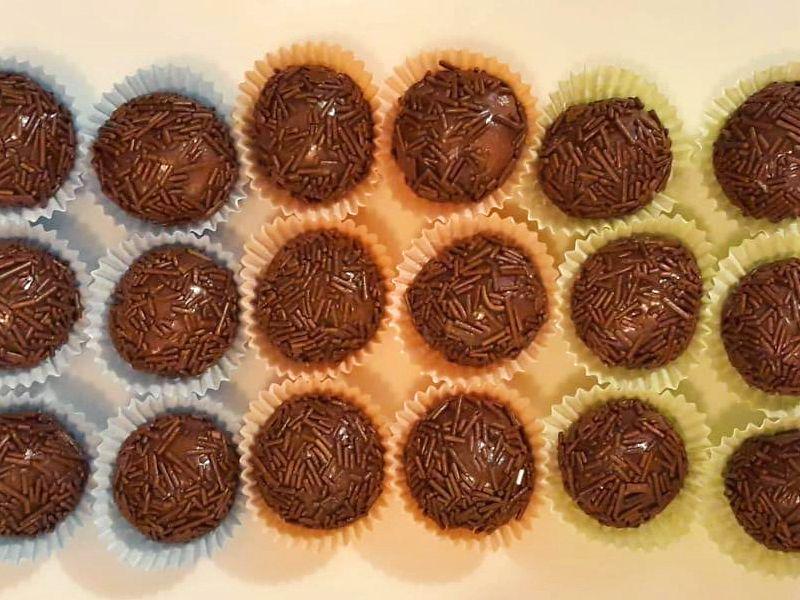 Brazilian cuisine is known for dishes such as feijoada, churrasco and vatapá, but Brazilian desserts occupy a special place.
The first sweets became known during the colonial period, but more and more desserts appeared, especially in the 18th century, due to the large-scale installation of sugar mills in the country. The first legitimate Brazilian desserts were tropical fruits basted with honey, baked or fried. With the advent of sugar came syrup and with it fruit jams cooked by slaves. The Portuguese kept many of their egg-based recipes, as they were prepared in their country of origin, but added Brazilian ingredients. This is how sweets such as quindim, bom-bocado, manjar and pudim were born.
Today, sweets occupy a special place in the hearts of Brazilians and, of course, Brazilian vacationers. Let's take a closer look at the history of one of the most famous Brazilian sweets.

A sweet with a political background

The brigadeiro success story began in 1946 in Rio de Janeiro. And it wasn't just any grandmother, who rolled up the first candy for her grandson's birthday party. No, strange as it may sound, it all started with a political campaign.
In December 1945, Rio de Janeiro was still the capital of Brazil. Elections for the presidency were coming up, with Brigadeiro (in English, brigadier) Eduardo Gomes as the candidate of the National Democratic Union (UDN). The committees of the Ladies of the Society that supported the Brigadier's campaign held exquisite gatherings, such as afternoon teas with various sweets and other treats. Dona Heloisa Nabuco de Oliveira, confectioner, appeared with a novelty: a sweet prepared with condensed milk and chocolate. She named the new sweet "brigadeiro" to support Gomes' candidacy. Despite the support he received, he lost in the elections to the then General Eurico Gaspar Dutra. Brigadeiro Eduardo Gomes lost his election, but the sweet has since conquered all of Brazil.
The traditional brigadeiro recipe includes condensed milk, chocolate powder, butter and chocolate sprinkles for the covering. But today there are hundreds of variations of this sweet, from exotic to classic - but all delicious and appreciated worldwide!

To make brigadeiros at home by yourself is not so difficult. All you need is:

1. Put the condensed milk, margarine and chocolate powder in a deep saucepan.

3. Remove the saucepan from the heat and let the mixture cool.

Whether with goiabada, white chocolate, lemon, Nutella or as a filling for a cake , there are countless variations of the popular Brazilian dessert. You don't want to wait until your next Brazil trip to finally snack on brigadeiros again? Then try this recipe and bring a bit of Brazil home.