Baianas - the Travelling Cooks of Brazil 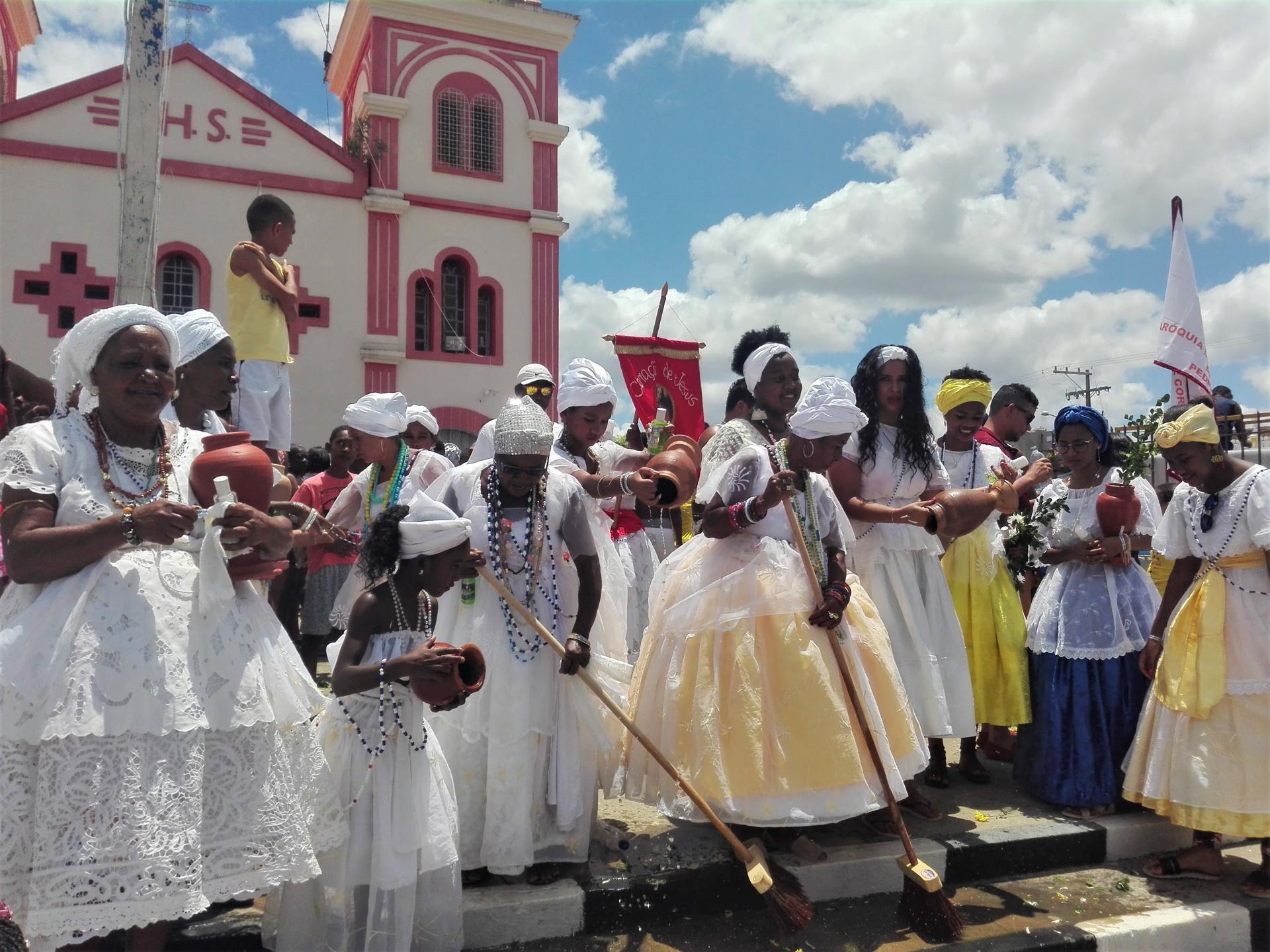 For many tourists, they are the first people they notice when they arrive in Salvador. They are often brought back as dolls from Brazil vacations, as they come in all colors and sizes. The Baianas represent the city, the traditional clothing, and the tastes of Bahia. They can be found in public places, for example in large squares, streets, and markets. At cultural and religious events, they represent Bahia and its African roots. The clothing not only symbolizes the religious affiliation of the Baianas but also has a high recognition value.

The meaning of traditional clothing

The Baianas are a figurehead of Brazilian culture, especially their clothing embodies important Bahian traditions. It can be traced back to ancient customs of the Afro-Brazilian religions of Candomblé, and depending on the position and social occasion, the color, fabric, and decorations vary. Characteristic of the clothing are balloon-like hoop skirts, decorated shirts, and scarves tied around the head. Religious beaded necklaces are also often worn, with different colored beads representing the various orixas, deities of Afro-Brazilian religions. The clothing of the Baianas for tourist events is distinguished by the colorful fabrics, coats made of lace, and large decorated turbans, while also neglecting the Candomblé clothing hierarchy. However, the baianas are not only present in Candomblé, but also occur in Catholicism. A well-known example is the Lavagem da Igreja, the "washing of the church". The highlight of this Catholic celebration is when baianas wash the steps of the church, accompanied by hand-clapping, atabaque drumming, and praise songs of African origin.

Baianas and their trend food Acarajé

The Baianas do Acarajé, street vendors selling Bahian specialties such as acarajé, are part of Bahia's historical and emotional memories. Acarajé is a street food specialty of the Brazilian Northeast, a dough made of beans that is deep-fried, sliced, and filled with tomato salad, shrimp, and spice paste.
November 25, the day of the Baianas do Acarajé, is a date with great historical and cultural significance for Brazilians. The history of Baianas do Acarajé began during the time of slavery, when African slaves came to Brazil starting in the 16th century, bringing their customs and religion with them. It all started when the enslaved women sold acarajé to buy their freedom. The first Baianas do Acarajé were free African slave women. With their traditional singing, they attracted the population to buy, singing the phrase "akàrà jê" (akàrà = fireball, jê = sell). Acarajé and Abará, another specialty of Bahia, are among the typical dishes of the Baianas and at the same time food for body and soul, prepared in the terreiros de Candomblé to worship the Orixas Iansã and Xangô. As early as the end of the 19th century, the baianas received permission to sell acarajé at the end of the day. Even after the abolition of slavery on May 13, 1888, this tradition was maintained until about 1970. At that time, sales began in the late afternoon and continued well into the night. Since Acarajé became a popular street food among tourists, it became the flagship of Bahian cuisine and is now sold during the day as well. Baianas do Acarajé are still among the most famous figures in Brazilian society. On the first of December 2004, the craft of the Baianas do Acarajé was declared a national heritageof Brazil.

If you stop by Salvador da Bahia on a Brazil trip and want to learn more about the craft of the Baianas de Acarajé, visit the Memorial das Baianas de Acarajé. The Memorial was inaugurated in 2009 in the historic center of Salvador. Its very name indicates that this place is dedicated to the traditions and stories of the women to whom the success of this typical Bahian dish is owed.