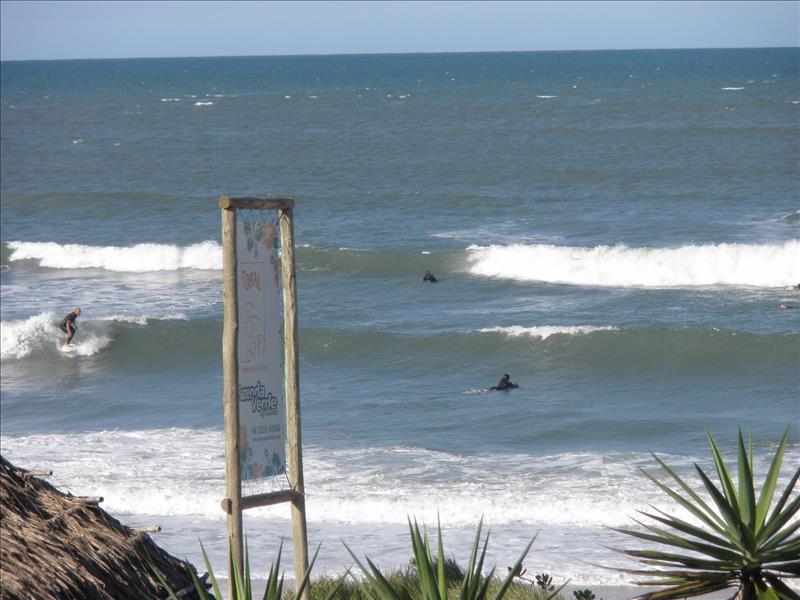 While the northern hemisphere is dominated by winter, Brazil and other southern countries attract with summer and sun. Best conditions for a trip to Brazil and a good opportunity to try one of the most popular sports and passions of Brazilians: surfing. Although a Brazil vacation will certainly not be enough to gain the skills of Gabriel Medina, he can serve as a role model when you try surfing. The young Brazilian, who celebrated his 21st birthday on December 22nd, was the first Brazilian and South American to win the world surfing championship title on Friday, December 19th, 2014.

For Brazil, this is truly a reason to celebrate even before Christmas. After all, the São Paulo-born surfer is the first in the pipeline from Hawaii to win the title for Brazil. With the Brazilian flag wrapped around his waist, the 20-year-old accepted the World Cup in Hawaii to the thunderous applause of numerous South American fans. The exceptional talent Medina, who has repeatedly made headlines in the surfing scene in recent years, was able to prevail in the fight for the world championship title against the eleven-time world champion and probably the most famous surfer in the world, Kelly Slater from the USA, who was about the same age as Medina when he became the youngest world champion of all times in 1992. Gabriel Medina certainly didn't have the worst prerequisites for a surfing career, because the more than 4970 miles (8000 kilometers) long coast of Brazil offers more than enough space for surfing.

Also for vacationers on their Brazil trip a perfect opportunity to try surfing. Especially the south of Brazil attracts with numerous wave paradises. The federal state of Santa Catarina with its capital Florianopolis on the Ilha da Magia, the island of magic, is considered a mecca for surfers. The Mocambique beach is the longest of the island and vacationers who pass by on their Brazil trip should not miss a surf course here, because the beach is well suited for beginners. The beach Barra da Lagoa, which is located on the west side of the island, is also very suitable for surf beginners. Furthermore, the beaches Praia do Campeche, Praia Mole and Praia Galheta, Joaquina, and Guarda do Embau make surfers' hearts beat faster.

The state in the south of Brazil not only has a lot to offer to surfers, but Santa Catarina is also ideal for a family vacation. Travelers on their Brazil vacation will definitely get their money's worth in southern Brazil, no matter whether they are looking for a multi-activity trip or want to take a language course in Brazil.

Those looking for surfing highlights outside of Santa Catarina will find them in Sao Domingos do Capim on the east coast of Brazil. Pororoca, as the Amazon wave is also called, is probably the best tidal wave worldwide. Sao Domingos is about 93 miles (150 kilometers) away from Belem and is, next to Manaus, the most important rainforest metropolis in the Amazon region.

Gabriel Medina's victory has certainly helped to inspire even more surfers for a trip to Brazil. But also for all those who prefer to watch the surfers from a safe distance during their Brazil vacation, the largest South American country has enough to offer. At the beautiful beaches of Imbassai or on the Ilha Grande you can also have a good time without a surfboard. And sometimes it is fun to watch the others doing their sport and let the sun shine on your belly with a Caipirinha in your hand.