Salve Floripa and the Protection of the Atlantic Rainforest 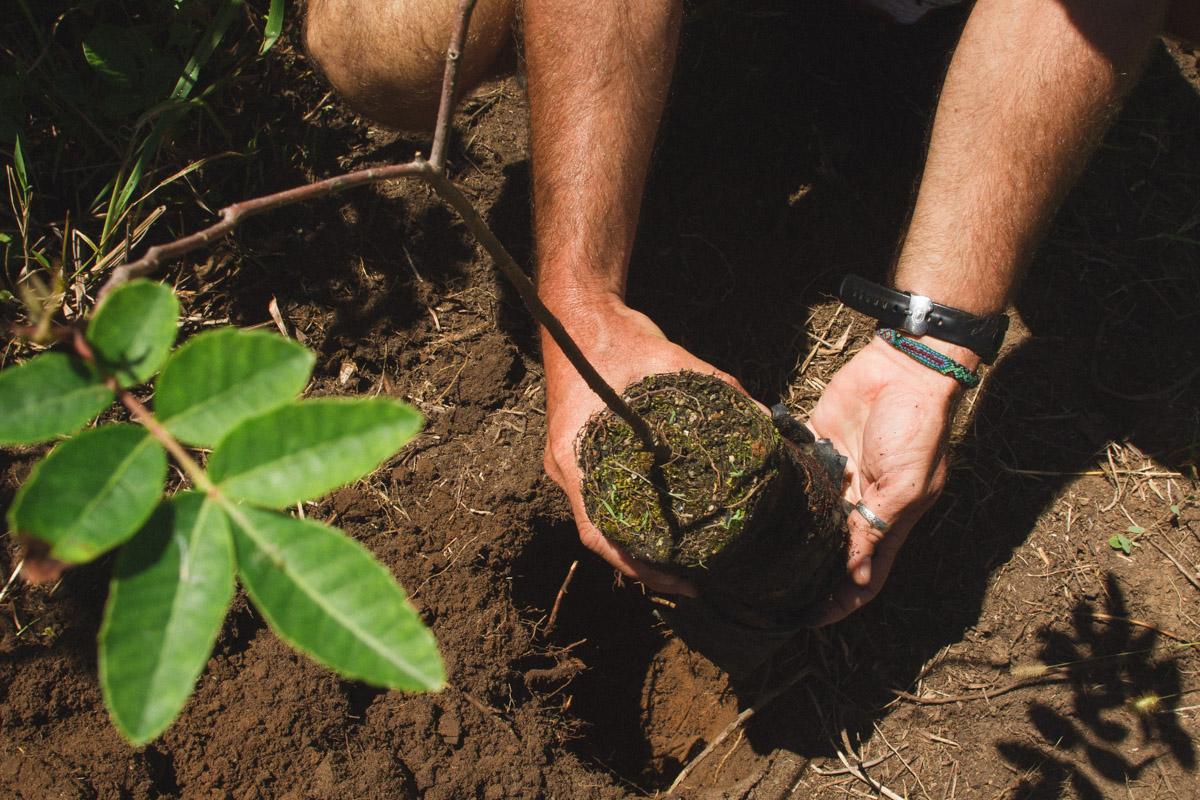 In the south of Brazil lies the beautiful city of Florianópolis, most of which is located on the Ilha de Santa Catarina. The Ponte Hercílio Luz, the longest suspension bridge in Brazil, connects the island with the mainland and is a popular photo motif not only for tourists. Floripa, as the capital of Santa Catarina is also affectionately called by its inhabitants, attracts many Brazil travelers every year thanks to its unique geography. The Atlantic Rainforest, cliffs, mangroves, dunes, lakes, waterfalls, beaches, sea and nearby islands await you here. Especially the Atlantic Rainforest invites to exciting excursions, such as the hike at the Costa da Lagoa, which leads along the coast through the rainforest.
Unfortunately, the original population of the Mata Atlântica has decreased considerably. In Florianópolis, once 95 percent of the land were covered by the Atlantic Rainforest, today it is only 39 percent. But despite this, it is still home to an incredible number of plant and animal species, many of which are endemic, meaning that they are found only in this area. For example, up to 450 different tree species can be found on one hectare, more than in the whole of Central Europe (220). Since September 2009, the Salve Floripa project has been working to protect and reclaim the Atlantic Rainforest on Ilha de Santa Catarina. The focus is on the harmonious relationship between nature, the ever-growing tourism in Floripa and the preservation of biodiversity.

The founders of Salve Floripa noticed how exotic tree species were endangering a large part of the vegetation of the local Atlantic Rainforest. The establishment of exotic species has inhibited the growth and reproduction of the native rainforest and in this way threatens the original biodiversity. For example, the encroachment of Pinus Elliottii (Elliottii pine) is causing animals to lose their shelter and damaging groundwater.

Salve Floripa's main goals include reclaiming areas of native forest and restoring natural environmental conditions. To this end, small natural habitats are created in affected areas to support the spread of the rainforest. Thus, the controlled felling of pine trees, the planting of native seedlings, the maintenance of trails, the protection of nature and the preservation of mystical rock formations are among the tasks of the project staff.
Raising awareness among tourists and inhabitants of Florianópolis is also an important task. The population is provided with ecological and cultural information and encouraged to treat nature with respect.

The ecological map of Florianópolis

One of Salve Floripa's many projects is the creation of the Mapa Ecológico, an ecological map of Florianópolis, to promote the project's activities. This includes promoting sustainable tourism, ecology, environment and culture in Florianópolis, to strengthen the sustainable development of the Ilha de Santa Catarina and the spread of ecotourism. Thus, the ecological map includes particularly beautiful parks, archaeological sites and different biomes of the island.

Regular "Beach Clean Ups" are also part of Salve Floripa's activities, as Florianópolis has more than 40 beaches. During the activity, litter washed up on the beaches of Praia da Barra da Lagoa and Praia do Moçambique is collected and disposed of by hand.

Unfortunately, due to the corona pandemic, the actions last year were canceled and the works for the summer season are currently interrupted, as not enough financial resources were found. With the help of donations from individuals and companies, the continuity of the project shall now be ensured. This way, the experienced workers can continue to remove the exotic tree species, plant native seedlings and begin to work on the ecological map for 2022. You can follow the progress of the work each month on the homepage of Salve Floripa.

We at Aventura do Brasil are proud to support the Salve Floripa project even in these times. Therefore, we would like to draw your attention to Salve Floripa's appeal for donations, in order to do something together for the preservation and protection of the Atlantic Rainforest. Maybe during your next Brazil vacation, you will have the chance to spend a few days in Florianópolis to discover the biodiversity of the Atlantic Rainforest and to explore unique places in Floripa with the Mapa Ecológico.