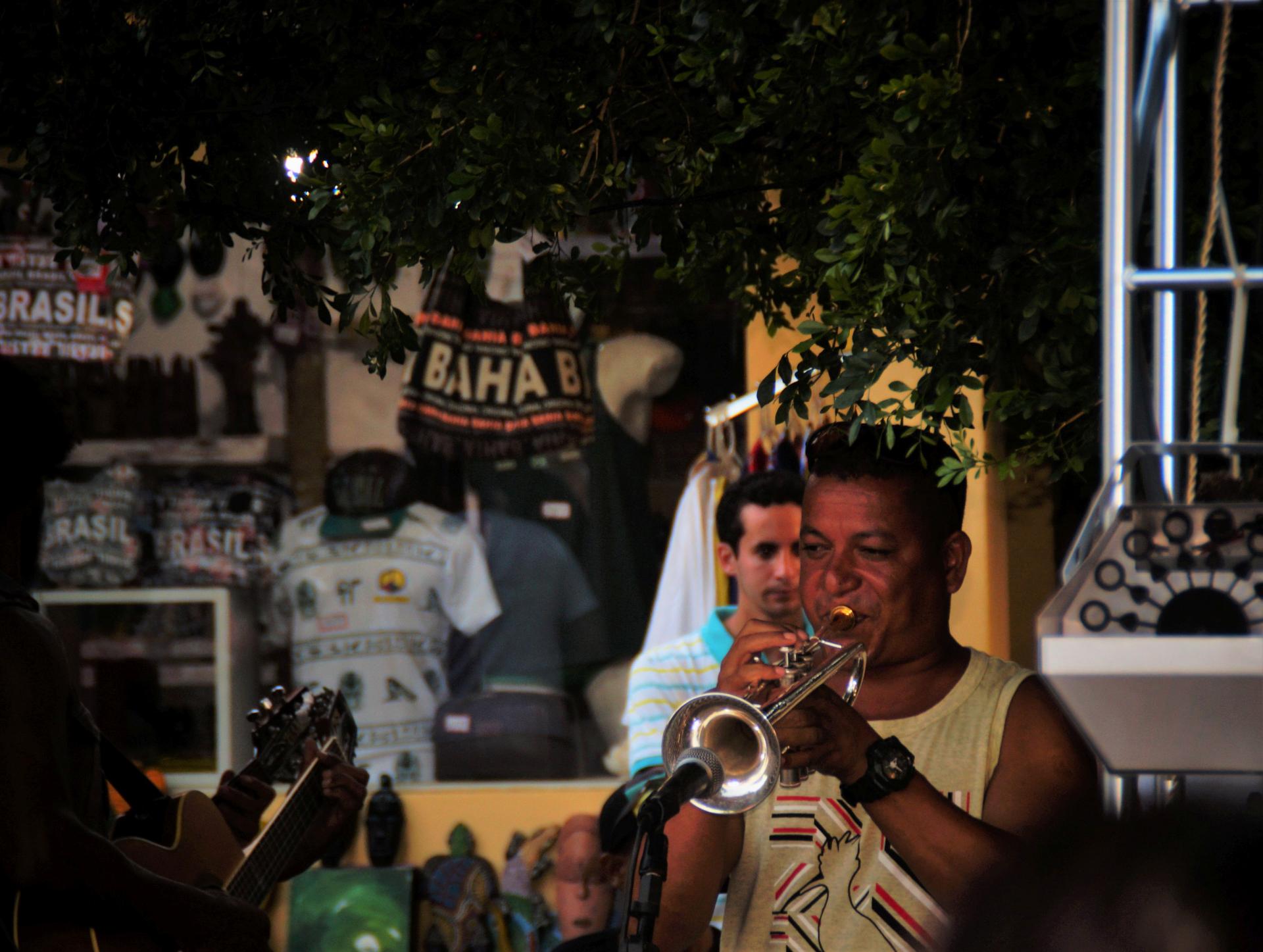 That Brazilians have rhythm in their blood is no longer a secret to most. You can often get carried away by the infectious rhythms during a trip to Brazil. Especially the samba has come a long way and is now considered the rhythm and dance of Brazil. But not all samba is the same, because there are many different variations, such as samba de roda, samba de gafieira, samba enredo, or partido alto. Today we present you the samba rock.

A mix of different rhythms

In 1959, the songwriters Gordurinha and Almira Castilho coined the term samba rock in the song "Chiclete com Banana", recorded by Jackson do Pandeiro. However, the meeting of samba and rock they envisioned would not take place until the following decade, when Jorge Ben joined the members of Trio Mocotó and "the beat came together," as Nereu, one of the trio's founders, liked to say.

In the 1960s and '70s, Brazil witnessed the creation of a new musical genre. It mixed the rhythmic and thematic foundations of samba with elements from American black music. At that time, musicians from different genres were in dialogue with each other, creating new rhythms by mixing elements of samba with jazz, rock, and soul music.

In samba rock compositions, a shift in rhythmic accentuation is made, adapting the binary time signature of samba (2/4) to the quartal time signature of rock and soul music (4/4), also using imported horn sections from American soul and funk groups.

Parallel to this musical scenario, new interpretive experiments were carried out in São Paulo by blacks from the urban periphery. This resulted in the first steps of a new dance that mixed choreographic influences from American rockabilly with elements of samba. This new dance was conventionally called samba rock.

Among the most important representatives of samba rock was Jorge Ben Jor. He gave the name "sacundin sacunden" to the newly invented beat. Later, at the time of the Jovem Guarda movement, the genre became known as "jovem samba" and later as "sambalanço". There are not many who define themselves mainly as samba rock producers. The musician Branca Di Neve, in the 80s, and the band Clube do Balanço since the early 2000s are some of the exceptions.

Samba rock is a dance that originated in the late 1950s in the city of São Paulo and spread in the halls of the "Bailes Black". There the music was played mainly with records instead of having musicians play live. Mr. Osvaldo with Let's Dance, his "invisible orchestra", is considered the first DJ. The term "invisible" came from the fact that Mr. Osvaldo's stereo and records were on a stage but hidden behind curtains. In this way, people had the feeling that an orchestra was playing, but they couldn't see it.

Samba rock is a sophisticated dance, characterized by the intertwining of arms, the gyrating movements, and the smiles on the faces of those who practice samba rock. You can dance samba rock to the sounds of music from different genres: from samba to swing, from mambo to bossa nova, from R&B to partido alto. Mr. Osvaldo said once that samba rock was especially successful in the late 1960s and 1970s because dancers wanted to swing.

Samba rock has not retreated from dance floors. One of its characteristics is, that since its appearance it has been practiced and passed on at events and family celebrations in the rural area, and thanks to various DJs it has also perpetuated itself in dance halls.

Since the beginning of the 21st century, the movement around samba rock has expanded. The singer Paula Lima has re-recorded old songs. Rappers like Raphão and Rappin Hood mixed hip-hop with samba rock, and associations like Samba Rock na Veia and Sambarockano have emerged. In 2016, samba rock was declared an Intangible Cultural Heritage of the City of São Paulo, due to an initiative involving artists, associations, and the then Office of Racial Equality.

For about 60 years, from its origin until the beginning of the quarantine caused by the coronavirus, samba rock was also present in rural living and cultural spaces, in social projects, and educational institutions. Even during the quarantine, people began to practice samba rock steps at a distance. Dancing is very present in Brazilian culture. And, in the words of Jorge Ben and Érlon Chaves, "Samba rock is our thing. Its energy is still substantial."

In addition to rousing rhythms, there's much more to discover on a vacation in Brazil, such as the Amazon Rainforest, the dune landscapes of the Lençóis Maranhenses, beautiful colonial cities like Paraty, or one of the many beaches along the 4,655 miles (7,491 kilometers) of coastline. With the song "Menina Mulher da Pele Preta" by Jorge Ben Jor you can not only get an impression of samba rock but also have a great musical accompaniment for your stay!