Anavilhanas Archipelago – A Labyrinth of Water 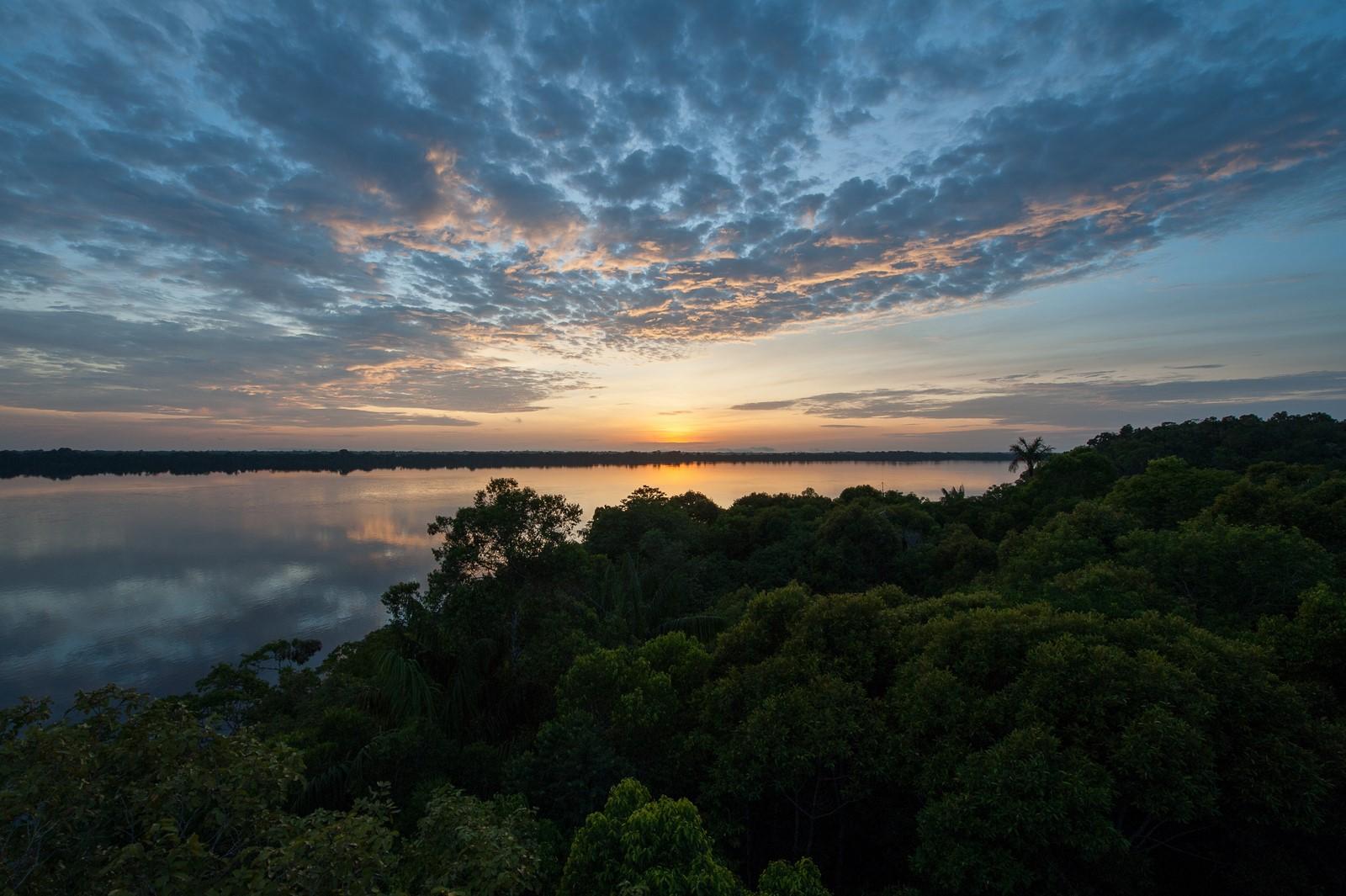 Everyone knows that the Amazon is huge and has a unique biodiversity. However, in the vastness of the rainforest, you can always discover new places. One of these places is the Anavilhanas National Park. The national park is located only 100 kilometers from Manaus and belongs to the municipalities of Novo Airão and Manaus.

The second largest river archipelago in the world includes over 400 islands. The exact number depends on the volume of water because, when the water is very low in the dry season, other islands appear. It is the second-largest archipelago after the Mariuá archipelago in Barcelos, which includes over 1,400 islands! The park, recognized as a Natural Heritage of Humanity, holds many attractions for Brazil vacationers, such as unique flora and fauna, jungle excursions, and interaction with pink river dolphins.

A gem in the Amazon region

The main feature of Anavilhanas National Park are the permanent river islands that form the second largest river archipelago in the world. The Anavilhanas archipelago covers 350,000 hectares and consists of about 400 islands, 60 lakes, and dozens of paranás (river channels) and furos (narrow paths that cross the igapós). These form an enchanting labyrinth that is exciting to observe from different perspectives by day and night.

The fluctuation of the water level during high tide and dry weather is between 26 and 40 feet (8 and 12 meters). During high tide, the islands and most of the vegetation are flooded, so that the so-called igapós, the flooded forests, can be discovered best. In the dry season, beaches of different sizes are formed, which are very popular among locals and visitors.

The Rio Negro, the largest blackwater river in the world, is home to the two largest river archipelagos in the world: Mariuá, the largest, and Anavilhanas, the second largest. It is essential to daily life of many communities of the riverside, as it is the road on which they travel. The Negro River begins in the Colombian Guiana mountains and flows in a bed of very old rock with little sediment, most of which has a low gradient. The low gradient and flow velocity allow the spectacular phenomenon where the water surface resembles a mirror image of its surroundings. By the way, the Rio Negro gets its dark color from the decomposition of organic materials. The dark waters contrast with the vegetation and, during dry season, with the white sand beaches, forming landscapes of incredible beauty that inspire various forms of cultural manifestations.

The Amazon region has a tropical climate characterized by high temperatures and abundant rainfall, which can be expected even in dry season.

Biodiversity in the archipelago

The Anavilhanas National Park protects a diversity of aquatic and terrestrial ecosystems and vegetation types, such as the igapó forests in the archipelago and, on solid ground, the ombrophilous forest characterized by a continuous water supply, chavascal, campina, campinarana, and caatinga-gapó.

The wildlife in Anavilhanas National Park is also diverse. Thus, numerous species of mammals can be found both on land and in the water. Jaguar, ocelot, long-tailed cat, large anteater, giant armadillo, tapir, white-bearded peccary, and bush dog are among the most notable mammals on land.

The boto cor-de-rosa, the pink river dolphin, is also strongly associated with the symbolism of the Amazon and is the source of legends, myths, and cultural rituals.

The biodiversity of birds can also be marveled at during the many excursions in the Amazon. Bird species such as hummingbirds, macaws, toucans, owls, or Andean cock-of-the-rocks can be spotted. To observe birds, dry season is particularly suitable, because then the food supply is larger and more concentrated.

Despite the acidic and nutrient-poor river, there is also a great variety of fish. So far, 368 species of fish have been found in the national park, representing about 82 percent of the species recorded in the Rio Negro. The threat to the fish fauna is mainly due to commercial fishing, which is not allowed in national parks.

The legend of the pink river dolphin

The legend of the pink river dolphin, in Portuguese boto cor-de-rosa, is a legend of indigenous origin that is part of Brazilian folklore. The legend states that the pink dolphin, an intelligent animal that lives in the waters of the Amazon, transforms into a beautiful, elegant young man on full moon nights. He usually appears during the June festivities, called festas juninas, in honor of the popular saints Saint Anthony, Saint John, and Saint Peter.

He comes dressed in white and wears a large hat to hide his nostrils, as his transformation is not complete. With his communicative, charming, and kind nature, the river dolphin in human form chooses the most beautiful single girl of the feast and takes her to the bottom of the river. There he impregnates her, then leaves her and the next morning transforms back into a river dolphin.

For this reason, the legend of the pink river dolphin is often used as a justification for pregnancy out of wedlock. In addition, when the father of the child is unknown, it is often said that it is “the child of the boto”.

For many, it is a dream during their Brazil trip to spend a few days in the Amazon Rainforest. Staying at Anavilhanas Lodge, you can spend a few exciting days in the middle of the jungle. The small and charming hotel combines nature and comfort, offering guests cozy accommodations where they can listen to the sounds of the rainforest and enjoy relaxing hours. During the day, guests discover the unique flora and fauna through various activities such as jungle walks, canoe trips, piranha fishing, or boat expeditions.