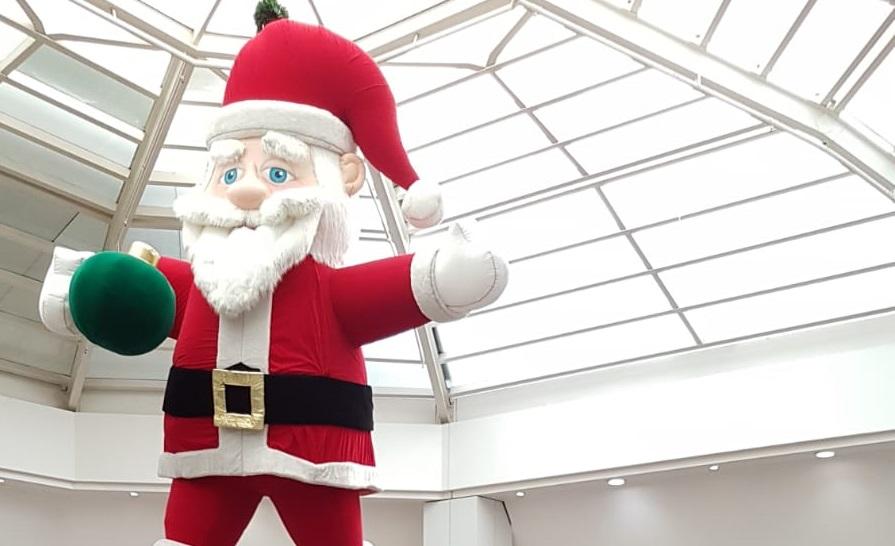 The time has come: All over the world, people are once again preparing for the "feast of love and reflection", including in Brazil. But how is Christmas actually celebrated there in the summer heat?
As a former Portuguese colony and a country of immigration, Brazil has diverse Christmas traditions. We will let you in on peru de natal and papai noel and introduce you to some Brazilian Christmas traditions. Maybe you will even feel like escaping the North American winter and spontaneously going on a summery Brazil trip.

Papai noel in full costume, Despite the heat

Despite the summer heat, snow cannot be missing from the South American idea of Christmas. Because according to their imagination, Santa Claus still comes from cold Greenland and in full costume. The way is far indeed, but at Christmas, as is well known, nothing is impossible. Affectionately called papai noel by Brazilians, he either climbs up a ladder and enters homes through an open window or comes down the chimney. He is dressed in the same red as in Europe and the US and rides on a sled pulled by elks from Greenland. In a great spectacle, he even lands by helicopter in the famous Maracanã soccer stadium in Rio de Janeiro, shortly before Christmas Eve.

Since sweating, rather than freezing, is one of the activities in Brazil at Christmas and temperatures of up to 95 degrees Fahrenheit (35 degrees Celsius) are not uncommon, it might be a little more difficult to produce snow. Therefore, one helps oneself with cotton or white color, in order to decorate a banana tree or palm tree Christmassy. However, most Brazilians buy an artificial tree, a pinheiro de natal, which they use for many years. As a result, Brazilian Christmas decorations usually look a bit more kitschy and plastic than in Europe and the US. It flashes and sparkles everywhere. The big cities are decorated with numerous large Christmas trees, exhibiting thousands of colorful flashing lights, pisca-pisca in Portuguese, throughout the entire season. On New Year's Eve, these trees light up the city with gigantic firework displays. The most famous is the world's largest floating Christmas tree in Rio de Janeiro. It is 278.87 feet (85 meters) high and is illuminated by 3.3 million light bulbs.

Presépio – The straw bed of the Christ child

More common than a Christmas tree is the nativity scene. It is called presépio in the Portuguese language and means something like: "The bed of straw in which Jesus slept for the first time in Bethlehem". The tradition of reproducing Christ's birth is especially widespread in the Northeast, in Bahia, Sergipe, Rio Grande do Norte, Paraíba, Maranhão, Ceará, Pernambuco, Piauí, and Alagoas. The custom was first introduced in the 17th century by the Franciscan friar Gaspar de Santo Agostinho in the city of Olinda in Pernambuco. Nowadays, presépio is celebrated at Christmas time in churches, homes, and stores, and then also serves as the center of the celebrations.

In Brazil, too, people like to do secret Santa. The tradition of "amigo secreto", or "secret friend", is particularly popular among family and friends. At the beginning of December, the participants in the game draw the lots, and the secret friends then give each other presents at Christmas. However, there is a clue: All players have a false name, the so-called apelido, and have to guess who is behind which name. In this way, the game brings a lot of excitement and fun into the often stressful Christmas season.

In Brazil, people like to eat roast turkey, peru de natal, at Christmas. The roast is stuffed with farofa, a dish made of cassava flour, olives, diced bacon, onions, garlic, and eggs. It is often accompanied by rice and potato salad, but in some cases tropical fruits and Brazil nuts are also served. This is followed by a sumptuous dessert buffet. The most popular Brazilian Christmas desserts are pudim de leite (milk pudding with caramel sauce), rabanada (French toast), mousse de maracujá (passion fruit mousse), and pavé (layered cake). Is your stomach growling already?

The Portuguese word for Christmas is "natal". And it is also the name of a city in northeastern Brazil, in the state of Rio Grande do Norte. But why does the city bear the holy feast in its name? That's quickly explained: Natal was founded on 25 December 1599, so it's easy to understand that the city's name was derived from Christmas. Thus, Natal feels obligated to dress up especially in Advent every year. A 393.70 feet (120 meter) high Christmas tree adorns the cityscape and Christmas baubles and other tree decorations can be purchased all year round. If you want to immerse yourself in the magic of the "City of Christmas", you should definitely pay a visit to Natal during your Brazil vacation.

As you can see, Brazilians like Advent and Christmas at least as much as we do. The country is therefore ideal for all those who would like to leave the winter coat at home and celebrate the "feast of love" in a summery setting. And let's face it, the dream of a white Christmas unfortunately often remains unfulfilled in many regions of North America anyway. So why not travel to Brazil for a change?