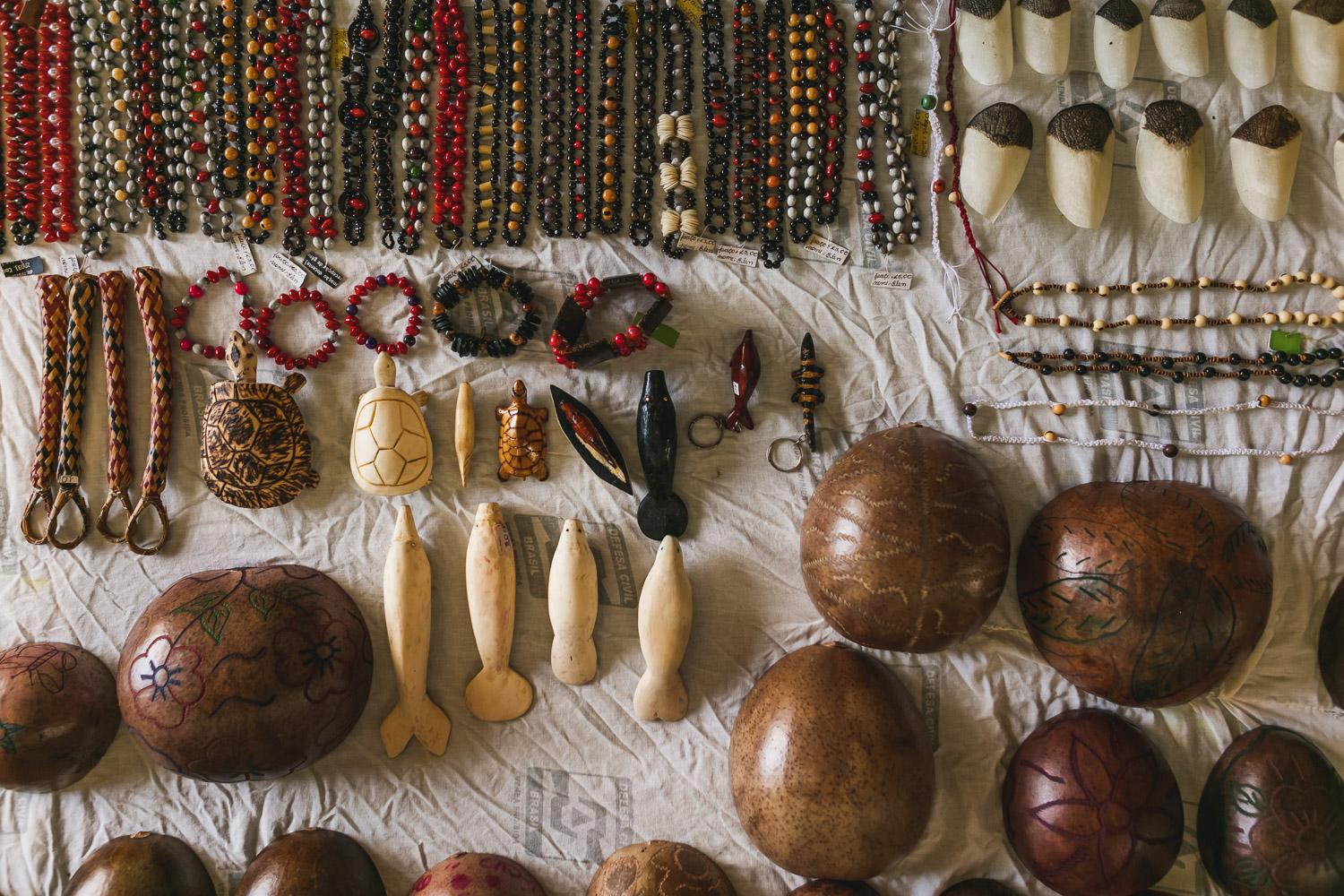 Alice Pataxó, Elison Santos, and Juoga are names of the most famous indigenous influencers in Brazil. But instead of promoting Brazil vacation, products, and branded goods, as influencers usually do, the indigenous reach out to combat prejudice against indigenous people and to inform about traditions and customs of their culture. The strong connection to nature prompts many indigenous people to use social media in the fight against climate change. The majority is relatively young, around 20 years old.

Alice Pataxó – The most famous influencer in Brazil

Alice Pataxó is one of them. As her surname suggests, she belongs to the tribe of the Pataxó. Many of the Pataxó nowadays live in Monte Pascoal National Park in the south of Bahia. They secure their income through small-scale agriculture and the sale of jewelry. Alice sees herself as a representative of the Pataxó. She wants to rewrite the history of the indigenous people online: “The Internet was never intended for indigenous people. But it can serve as a space for reflection and education that we can use.”

On Instagram, Alice answers questions of her followers about her identity. Who is indigenous and what defines an indigenous way of life? As a young indigenous woman, Alice shows that it is possible to combine tradition and modern way of life. For example, by wearing the traditional headdress, and painting her face, and at the same time living in the city of Porto Seguro, where she studies humanities at the university.

The most prominent appearance for Alice was her participation in the UN climate conference in Glasgow 2021, where she spoke about the rights of the indigenous people and the environmental damages caused in the Amazon.

What are young indigenous people concerned with on social media?

But not every indigenous influencer is as political as Alice. Juoga posts on her TikTok channel, that has 6.4 million followers, mostly indigenous recipes, which she prepares with her family of eleven. For example, she shows how to smoke ants so that they taste like popcorn. In another video, Juoga explains which tools you need to prepare cassava flour traditionally.

Elison Santos' intention is it to make people laugh with controversial jokes about indigenous history. He tries to address important issues of the indigenous community humorously.

In addition to the influencers mentioned, there are many other young indigenous people who share their lives in different ways on social media. Daiara Tukano wants to set up Brazil's first indigenous radio station, Radio Yande. And Katú Mirim from São Paulo raps in her songs about the colonial history of Brazil from an indigenous perspective. What they all have in common is that they want to present the indigenous culture in order to appreciate and preserve it.

The indigenous influence in language, food, and music can be felt everywhere in Brazil. All over the country, it is possible to visit indigenous communities to get to know their culture better. Take your chance on your next Brazil trip!