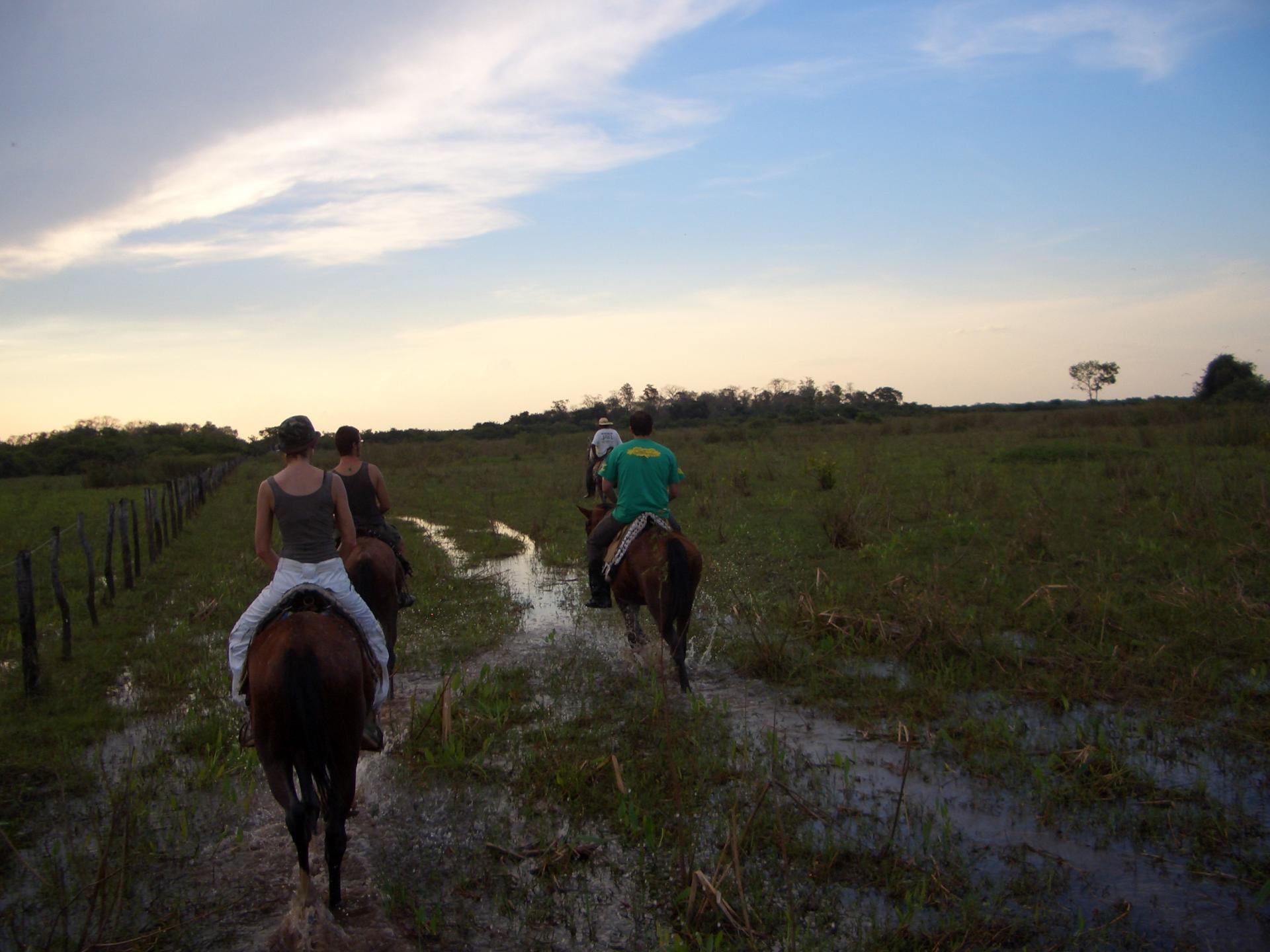 Brazil is the largest country in South America and the fifth largest country in the world. Accordingly, the country possesses a huge area and varied vegetation zones, from rainforest and savanna to mountainous landscapes. Among other things, this is what makes the country so interesting for visitors. A trip to Brazil is on the bucket list of many people.

But nature is not only interesting for tourists. Brazil's soil is very rich in minerals. Important mineral resources are gold, uranium, coal, silver, and natural gas. This is particularly attractive to gold seekers. The soil is also very valuable for agricultural corporations. Just for the cultivation of soy, of which Brazil is the world's largest producer, immense areas are required.

"Traditional peoples and communities", in Portuguese "povos e comunidades tradicionais", is an originally Brazilian term used to describe all local communities that, as the name suggests, are based on specific traditions. Their way of life is sustainable and different from mainstream society. The classification is not based on ethnicity. In addition to indigenous peoples, the term includes the quilombolas, the descendants of black slaves, and specific occupational groups, such as rubber tappers as well as river residents, the vazanteiros.

These groups specifically are victims of land conflicts. The main reason for this is the unsettled ownership situation. In the 1970s, the areas along the federal highways were given to small farmers. These received the right of use, but not the title to the land. Furthermore, many indigenous groups are waiting for their territories to be demarcated, thus for legal recognition by the state. Hundreds have not yet been officially confirmed. The land of the indigenous peoples is explicitly protected by the constitution of 1988. The same goes for the quilombolas. They enjoy certain land rights, which are being implemented very slowly.

The lack of legal security enables illegal appropriation of land by farmers and prospectors. Land grabbers, known as grileiros in Brazil, clear vegetation, forge land titles, and sell land to agribusinesses. The result is major environmental damage, such as fires and deforestation, particularly in the Amazon region. Furthermore, the use of mercury in the extraction of gold dust from the earth heavily pollutes the rivers.

For traditional peoples and communities, secured land rights would be a step forward. The communities could defend their land better and in this sense also protect forest areas. Legal certainty would enable long-term measures, such as the establishment of national parks or protected areas for the indigenous tribes. With their traditional knowledge of flora and fauna, they make an important contribution to climate protection. Indigenous peoples preserve around 80 percent of the world's remaining biodiversity.

Several legislative proposals are controversial. The laws would allow mining in indigenous protected areas, as well as enable the state to legalize appropriations of land afterwards. Furthermore, indigenous communities can lose their land if they cannot prove to have lived there before 1988, when the constitution came into force. But this proof turns out to be very difficult for most of the indigenous peoples, since many were displaced during the military dictatorship.

As part of #lutapelavida, the #fightforlife, thousands of indigenous activists from over 170 ethnic groups in Brazil protested for three weeks in front of the government buildings in the capital Brasília. They demanded their land rights and stood up for better protection of the environment. It was the largest indigenous demonstration in Brazilian history.

Nowadays, there is an app that traditional communities use to defend themselves in conflicts over land. It was developed by the Brazilian non-governmental organization “IPAM”, which pursues environmental research in the Amazon. The app provides data on deforestation and publishes the official borderlines of indigenous lands. With the help of the app, communities can prove that illegal intruders are on their territories. Although there are state maps of these regions, almost nobody owns a copy. Another advantage of the app is the ability to network over long distances and in extremely remote areas.

In summary, it can be stated that the current land regulation in Brazil is influenced by political and economic interests. The demarcations are difficult processes that often last several years. And criticism is not only coming from the agricultural industries. There is also resistance among the local population to the establishment of indigenous protected areas. Many people have settled and built houses in these same areas in recent decades. They are afraid that they will have to move from these places if demarcation is successful.

Land rights negotiations are a legacy of Brazil's complex history of immigration and colonization. On a vacation in Brazil, you will surely notice the diversity and complexity of this fascinating country!