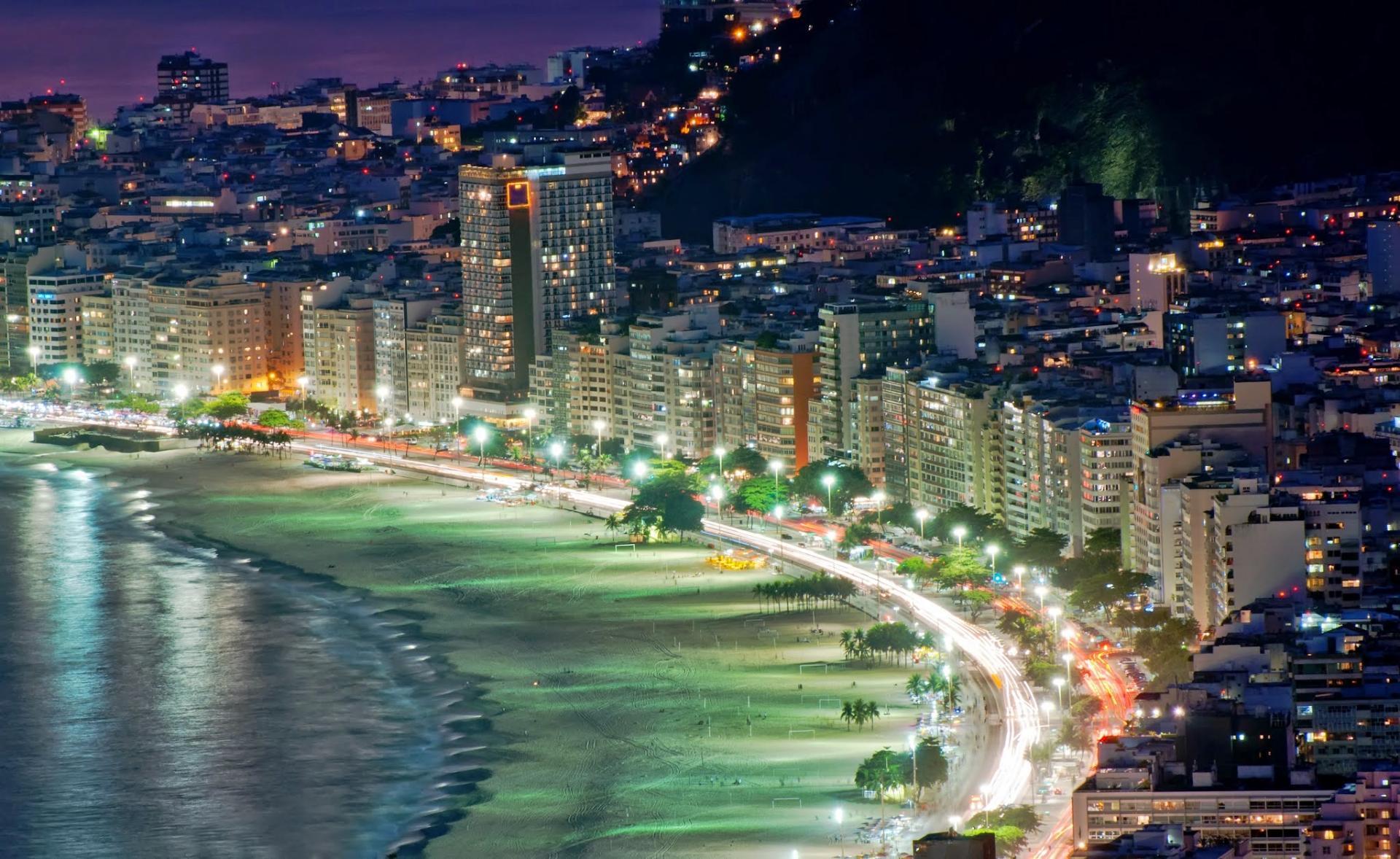 Every year on New Year's Eve, pictures go around the world of how country by country and city by city slide into the new year. Usually starting with Sydney on Australia's east coast, through Dubai and European cities to New York and finally Hawaii.
One city that will never be forgotten is Brazil's metropolis under the Sugar Loaf Mountain. And rightly so! The New Year's Eve celebration in Rio de Janeiro is one of the most spectacular and is not least because of that worth a Brazil vacation to start a new year.

While in our country the party is already in full swing and the first three hours of the new year are already history, the New Year's Eve party in Rio at the Copacabana is experiencing its climax. The new year is welcomed on the beaches of Rio de Janeiro, especially the Copacabana, with a huge party and an impressive fireworks display of over two million people.
But the whole day long, the atmosphere in Rio has been one of anticipation and expectation. Stages and huge loudspeakers have been set up all over the beach and the first music bands are already providing a good atmosphere in the afternoon. It is getting in the mood for the long night that will follow.
As darkness falls, the famous city beach and the adjacent Avenida Atlântica become the destination of thousands of people who spend the last hours of the year here and eagerly count down the countdown together. Of course, not only on the most famous beach of Rio New Year's Eve is celebrated, but everywhere in the city, the gates of clubs, bars, and restaurants are wide open for the many good-humored people.

Traditions and a mega fireworks display

As in many places in Brazil, the locals in Rio usually wear flawless white clothes on New Year's Eve. A tradition that has its roots in the Afro-Brazilian religions. The color white stands for the light and the purity of the soul and is also considered a symbol of the prosperity and peace one wishes for the coming year.
Around midnight, the fascinating New Year's Eve celebration in Rio de Janeiro reaches its climax with a huge fireworks display. This does not only happen from land, but also on the water, rafts, and boats are fired from rockets, which conjure up bright flashes of light and colorful rain of sparks in the black night sky of Rio.
The liveliness of the Copacabana celebrations is enriched by the traditional customs, which give them a very special character.

Besides the big New Year's Eve party with loud samba rhythms, many people in Rio light small floating candles and launch miniature boats into the water. These are filled with flowers and small gifts. Thus the ocean transforms within a very short time into an enchanting sea of flowers, which is to honor the goddess of the seas and transform the small offerings into fulfilling wishes. After this magical tradition of giving flowers, dance and music follow.
Another tradition is formed by seven waves to which seven wishes are dedicated. So the people jump together over seven waves. Some even take a bath in the nightly surf and others sink for a moment silently into prayer.
This is followed by a long and incomparable New Year's Eve in Rio, which once again proves the Brazilians' joyful nature. People from all social circles come together to experience the beauty and magic of this place, which radiates a mixture of melancholy, hope, and joy of life like no other on this day.

If you feel the longing to celebrate a summery as well as spectacular New Year's Eve beyond your home country, then a Brazil trip to the cidade maravilhosa (nicknamed Rios, meaning "wonderful city") in Brazil is warmly recommended. Your team from Aventura do Brasil wishes you a happy New Year and only the best for 2019!