Salve Floripa - An Ecoproject on the Brazilian Island Florianopolis 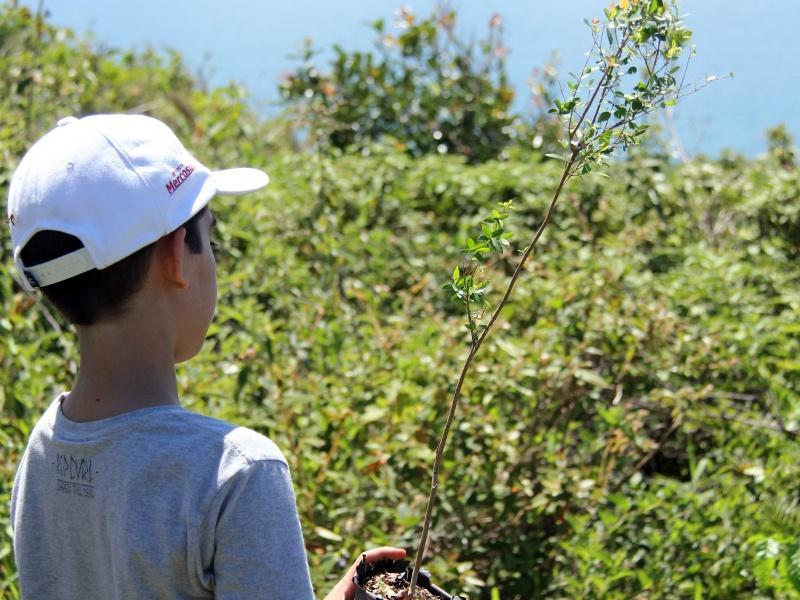 Protection of the Atlantic Rainforest and sustainable tourism in Brazil

The Amazon rainforest is certainly familiar to anyone planning a trip to Brazil. Less known to many, however, might be the Atlantic Rainforest (Mata Atlantica). Although it is not as popular as the Amazon jungle, the Atlantic Rainforest is home to an even greater variety of species. This is mainly because it not only covers almost the entire coastal region of Brazil but also extends into the Brazilian highlands. As a result, numerous different habitats for various life forms have been created. Once the Mata Atlantica covered about fifteen percent of Brazil's surface area, which is approximately four times the size of Montana.

Since the arrival of the Europeans on the South American continent, however, the primeval forest has been continuously exploited, so that today, unfortunately, only incoherent remnants of the once huge forest remain. About 93 percent of the Atlantic rainforest has been destroyed since then, a large part of it in the last century. It is problematic that almost all Brazilian cities are also located on the coast and are therefore in direct competition with the rainforest. Both Rio de Janeiro and the megacity of Sao Paulo, for example, are located close to the forest.

To stop the destruction of the Mata Atlantica, numerous associations and organizations in Brazil have committed themselves to the protection of the forest. A project that is active in Florianopolis (short Floripa) on the Ilha de Santa Catarina in the south of Brazil is called [b]Salve Floripa (Save Floripa).[/b] In order to protect the Atlantic rainforest, which once covered 95 percent of the island, the activists mainly combat invasive plant species that were introduced into Brazil and now inhibit the growth of the forest. In particular, a special species of pine (Pinus elliottii) is displacing the original vegetation and disrupting the region's ecosystem. By removing these pine trees in a systematic and controlled way, Salve Floripa stops their further spread. In return, the forest is reforested with native plants.

However, Salve Floripa's main task is to raise the awareness of the local population and tourists about the environment on the island. For this purpose, the "Floripa Eco Map" is currently being developed, an ecological map of Florianopolis, which will show the natural treasures of the island. And there are a lot of them.

Florianopolis, for example, has more than forty beaches, which are very popular not only among surfers. To protect these beaches, Salve Floripa regularly carries out "Beach Clean Ups", where washed-up garbage from the beaches Praia da Barra da Lagoa and Praia do Mocambique is collected and disposed of by hand. Kitesurfers use both the numerous beaches and the large lagoon in the middle of the island, which they share with the stand-up paddlers. Divers and snorkelers get their money's worth especially on the offshore island Ilha do Campeche, which is only one kilometer away from the main island and therefore easily accessible. Ilha do Campeche has particularly clear water and is rich in natural and archaeological treasures, making it particularly worthy of protection. The daily number of visitors is therefore limited to a small amount.

But also landlubbers will find a true natural paradise on Florianopolis. On the coasts of the island you can for example regularly observe dolphins and Florianopolis is also well known for "whale watching". On the island, there are also plenty of hiking trails (trilhas), which lead through the Mata Atlantica and reveal the heritage of older cultures as well as a reward with spectacular views. Salve Floripa takes care of these trilhas. Convince yourself of the project during your next vacation in Brazil. Because we actively support Salve Floripa, you automatically contribute to the regeneration of the Atlantic Rainforest when you travel with Aventura do Brasil.