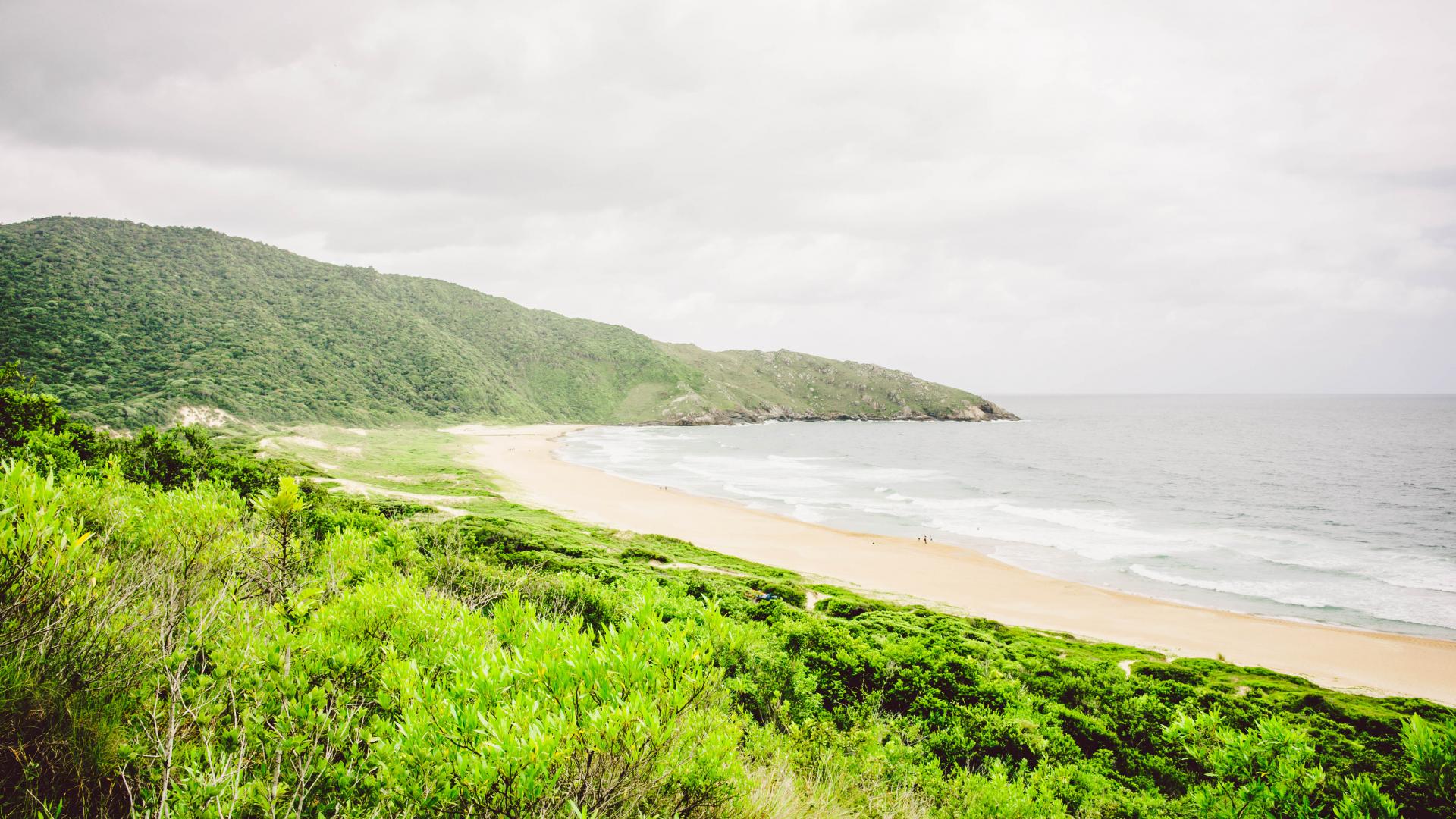 A world in black and white

The Atlantic Rainforest, also called Mata Atlantica, is a belt of different forest types along the Atlantic coast in eastern Brazil. Once the Mata Atlantica covered an area of 501,933 square miles (1,300,000 square kilometers), of which today only 7 percent remain along the coast of Brazil. But the forest is still home to a great variety of plant and animal species. Especially the state of Santa Catarina, also a popular destination for a Brazilian vacation, still hosts a large part of the Mata Atlantica.
This important ecosystem has been threatened by destruction for a long time, for example by extreme deforestation. Sebastião Salgado, a photographer with Brazilian roots, is resisting this development and decided to plant two and a half million rainforest trees on the grounds of his family's farm. But above all, he became famous as a photographer through his impressive black and white images. With his pictures, he reports on environmental damage and humanitarian abuses and was confronted not only once with the Brazilian authorities. But he does not let himself be diverted from his mission.

His life: from economy to photography

Salgado was born on February 8th, 1944 in Aimorés, in the state of Minas Gerais. He grew up on his parents' farm. In 1963 he moved to São Paulo to study economics at the university. In 1969 he moved to Paris with his wife. During working trips to Africa, he discovered his enthusiasm for photography. He took his first pictures with his wife's Leica. So in 1973, he started his own business as a photojournalist. This was the first important step for his subsequent career as a photographer. He worked for the photo agencies Sygma, Gamma and Magnum-Photos before founding his own agency Amazonas Images with his wife in 1994.
Salgado is a UNICEF ambassador of goodwill. In his career so far, he has been awarded numerous prizes, such as the W. Eugene Smith Memorial Fund Grant in 1982, the Centenary Medal and Honorary Fellowship (HonFRPS) of the Royal Photographic Society in 1993 and since April 2016 he has been a member of the Académie des Beaux-Arts at the Institut de France. Last year he received the Peace Prize of the German Book Trade.
In long-term projects selected by him all over the world, Salgado documented the lives of people over several years. Especially of people at the lower end of society, from the so-called Third World. After years of work, this has resulted in impressive illustrated books and traveling exhibitions.
Salgado is not only a photographer and photo reporter but also an environmental activist. Among other things, he works against deforestation. He had the area around his parents' farm reforested with rainforest trees and donated it to the Brazilian state as a national park. Together with his wife, he founded the Instituto Terra, which aims to reforest the forests and protect nature. He also supports Survival International's campaign to protect the Awá Indians, who are threatened by illegal logging on their land.

His works: unique photographs between art, politics and humanity

"Scent of a Dream" shows photographs of coffee workers, for example from India, Guatemala, Ethiopia and Brazil. The photographs document the life and work of the pickers, from sowing and harvesting to the processing of the coffee beans. The project aimed to sensitize the public to the origins of the popular beverage.
The illustrated book "Genesis" shows the immaculate faces of nature and humanity. It consists of a series of landscape and wildlife photographs, as well as photos of human communities that continue to live in harmony with their ancestral traditions and cultures. This work is conceived as a possible way to rediscover humanity in nature.
The illustrated book "Workers: Archaeology of the Industrial Age" shows the workers of the industrial age in agriculture, mining, oil, construction, food and industry. Salgado's haunting images of tea pickers in Rwanda, dam builders in India, steelworkers in France and the Ukraine, sugar cane harvesters in Brazil, assembly line workers in Russia and China, sulfur mine workers in Indonesia and other workers pay moving tribute to these people, who in Salgado's depiction have preserved their dignity under the harshest conditions.
For the illustrated book "Migrants", Salgado spent six years with migrant populations and visited more than 35 countries to document the expulsions on the streets, in camps and overcrowded urban slums. His project includes Latin Americans entering the United States, Jews leaving the former Soviet Union, Kosovars fleeing to Albania, Hutu refugees from Rwanda and the first Arabs and Africans trying to reach Europe by boat across the Mediterranean. His pictures show those who know where they are going and those who are simply fleeing, relieved to be alive and unharmed enough to flee. The faces he encounters show dignity and compassion in the most bitter of circumstances, but also many traces of violence, hatred and greed.
The illustrated book "Other Americas", published in 1985, contains photographs from Salgado's numerous journeys through Brazil, Ecuador, Bolivia, Peru, Guatemala and Mexico. He documented the changing religious and political climate in the region, which is particularly reflected in the rural cultures and traditional ways of life in Latin America. The volume contains portraits of farmers and indigenous peoples, landscapes and images of the spiritual traditions of the region.

"Gold" - his most famous work

In 1986 Salgado spent a month in the Serra Pelada, one of the largest gold mines in the world at that time. It was there that the material for his illustrated book "Gold" was created. He lived with the mine workers. Salgado brought his hammock and also a supply of rice, black beans and salted dried meat. So he lived under the same circumstances and this is how he made his impressive photographs, which captured the gold rush, the greed for the redeeming find and the hope of the people. He gave the mine workers a face and at the same time showed the horror and inhuman working conditions in the mine.
The illustrated book was published in 2019 and Salgado received the Peace Prize of the German Book Trade for it in the same year. It is a grandiose work and is one of the highlights of photo reportage.

Sebastião Salgado's fight is of course not over yet. For decades he has been pursuing his ambitious goals with his work. His books and his exhibitions are intended to point out the humanitarian grievances and the damage we cause to our environment.