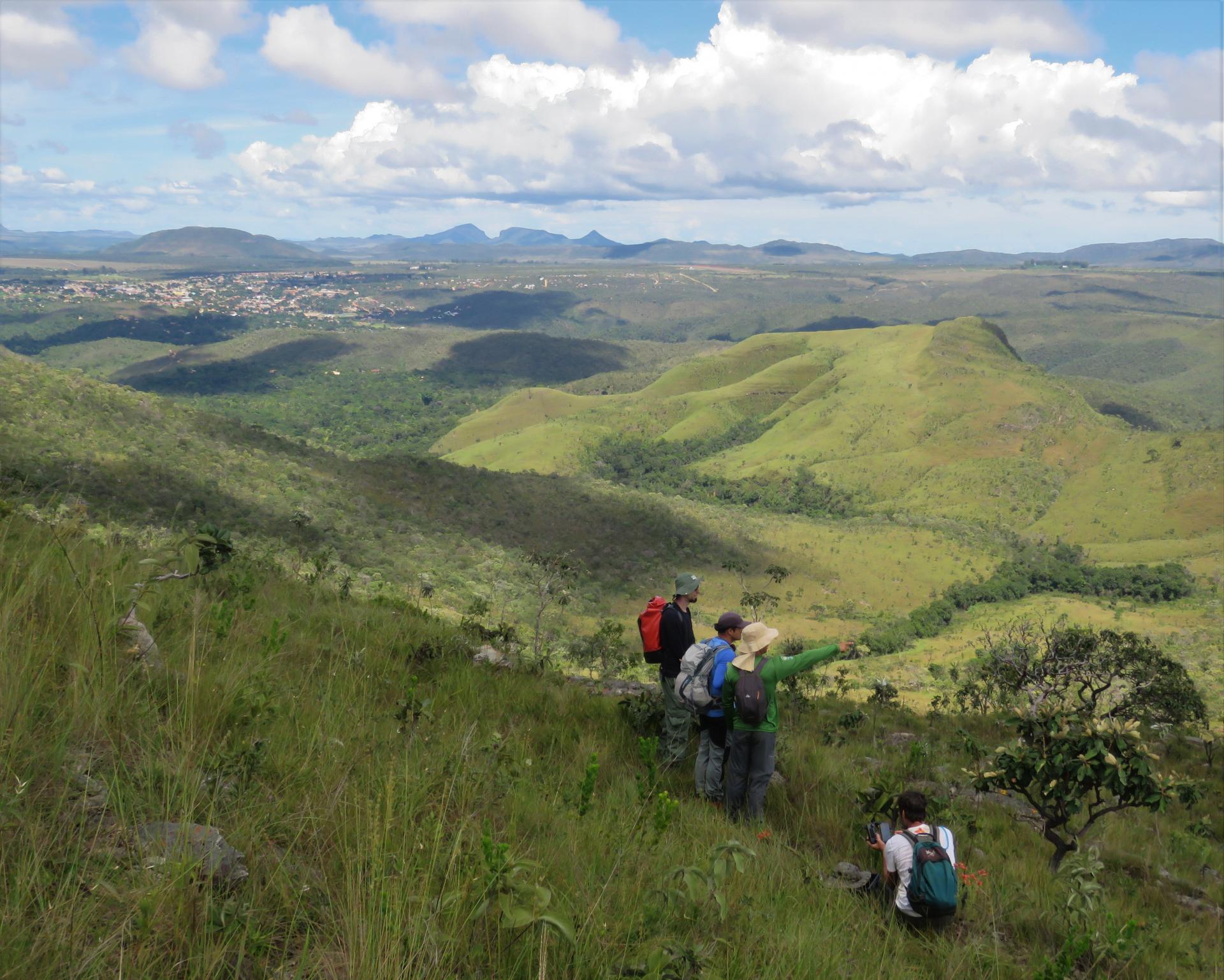 Brazil is hardly known internationally as a hiker's paradise. However, there are some areas where Brazil travelers will find a veritable network of hiking trails. These include the Serra Geral in southern Brazil, the Chapada Diamantina in Bahia, the mountains around Ouro Preto in Minas Gerais, or the coastal mountains of the Atlantic Rainforest, such as in Nova Friburgo.

But there are also regions deep in the interior of the country that make every hiker's heart beat faster. These include the Chapada dos Veadeiros in the federal state of Goiás, right in the heart of the Cerrado.
The Cerrado is the second largest biome in South America. A tropical savanna characterized by grasslands, palm groves, and dense forest, it is also home to the headwaters of some of the continent's largest rivers. Crystal clear rivers crisscross the landscape, forming gorges and waterfalls amidst the tropical vegetation on the plateaus.
Here lies the 240,000-hectare Chapada dos Veadeiros National Park. The park has been a UNESCO World Heritage Site since 2001 and offers extensive hikes to the waterfalls and canyons along the Rio Preto.
Previously, less than ten percent of the area was officially open to visitors, but in 2021 the park added another hiking trail. The National Park Friends Association "Associação Amigos do Parque Nacional da Chapada dos Veadeiros", the ICMBio National Park Administration, volunteers, and guides have opened a new hiking trail with the support of the local fire brigade PrevFogo.

Unlike most projects to open new hiking trails, this was not about marking already existing trails, but about opening a completely new and ecologically sustainable trail in untouched nature.
Although the Sertão Zen waterfall has been visited by the local population for years, the trail passes through a swamp and spring area whose protection could no longer be guaranteed due to the increasing number of visitors. Especially in the rainy season, deep gullies and wide-treaded areas have formed due to erosion. The soil of the spring areas is extremely sensitive and acts like a sponge, storing water even during the six-month dry season. Because of Brazil's water crisis and the effects of climate change, it is therefore essential to protect the spring areas.
The course of the new trail was determined in the course of twelve expeditions, accompanied by expert guides, the national park's botanists, zoologists, and geologists. The goal was to design the trail in such a way that wetlands and springs would be avoided, no new erosion would occur, and rare plants, such as orchids, would not be affected. But not only do technical criteria of nature conservation play a role, but also the experience of the visitors. Thus, resting opportunities and viewpoints were taken into account.

The new hiking trail begins in Alto Paraiso de Goiás, leads up a stony path for 5.2 miles (8.5 kilometers), across a plateau, passes several viewpoints, and finally ends at the Sertão Zen waterfall. Here, the Ferreirinha River forms several rapids and small waterfalls along the rocky riverbed before plunging over 590 feet (180 meters) into the valley at the end. Just before it, a small pool with a waterfall is formed, inviting you to swim with a view. In clear weather, the view extends over the Paranã valley to the 81 miles (130 kilometers) distant Bahia.

Hiking in the Cerrado - Travel to the Chapada dos Veadeiros

If you are in the mood for hiking during your vacation in Brazil, the Cerrado is the right place for you. Not only the Chapada Diamantina National Park, the mountains in Rio de Janeiro, or the canyon landscapes in southern Brazil are true hikers' paradises, but also the Cerrado can be easily explored on foot.
Travelers can reach the Chapada dos Veadeiros National Park optimally by rental car, or by bus, or transfer from Brasília. The area of Chapada dos Veadeiros offers different hiking tours, day trips, or trekking tours of several days in and around the national park. The trail to the Sertão Zen waterfall is one of the more challenging routes but offers unique views, wild nature, and one of the most beautiful waterfall complexes in the area. If you have a little more time, you can also pitch your tent in the camping area and stay for several days.
The trail is also part of the long-distance hiking trail "Caminho Veadeiros", which stretches 298 miles (480 kilometers) from Formosa, near Brasília, to Cavalcante in the northern part of the Chapada dos Veadeiros. Travelers can find detailed information and maps on-site at the tourist information centers in Alto Paraiso de Goiás, São Jorge, or Cavalcante. Although the Chapada dos Veadeiros is designed for individual tourism and visitors can explore most of the attractions on their own, for the more challenging routes, it is strongly recommended to hike only with a local guide.