The Most Famous Idioms of Brazil 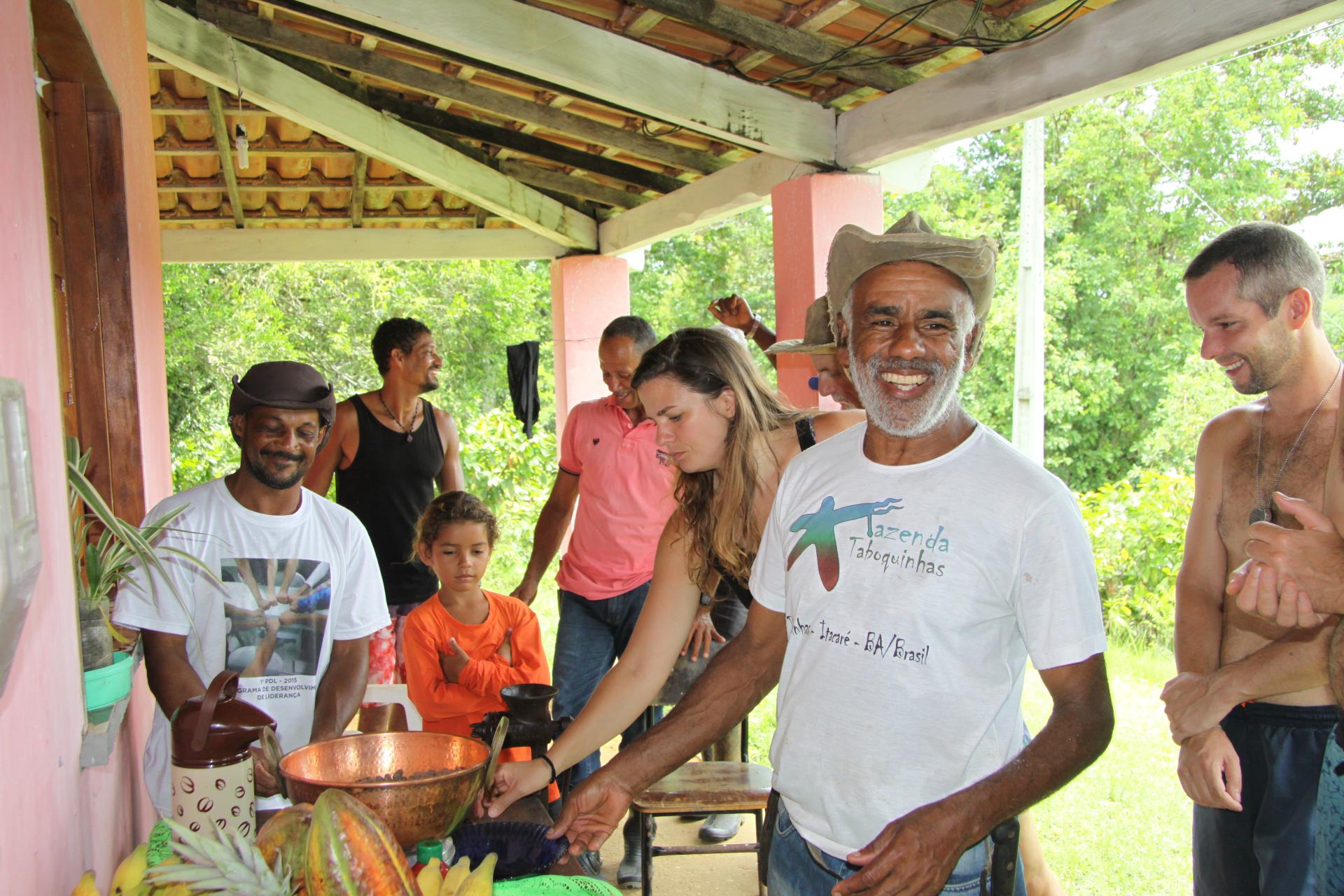 If you already speak some Portuguese or have been on vacation in Brazil, you probably remember some phrases and idioms that can be heard throughout the country.
Idioms are phrases or expressions that are considered wise because they are passed down from generation to generation, providing experience and knowledge that can help younger people understand certain behaviors and events. Idioms are used by the entire population, regardless of age or social class.
Popular idioms are maintained over the years and are important elements of Brazil's national or local culture and diversity. Sometimes idioms transcend the boundaries of the Portuguese language and cannot always be translated literally into other languages. There are popular, regional, religious, funny, and many more idioms. Today you will learn some typical idioms of Brazil.

"To end with a pizza" means that something wrong goes unpunished, and has its origins in soccer in the 1960s. Back then, one of Palmeiras' managers was 14 hours into a meeting about team matters, when hunger struck and the "serious" meeting ended at a pizzeria. It was a sports journalist named Milton Peruzzi who followed the meeting for Gazeta Esportiva and first used the phrase in a headline, "Palmeiras' crisis ends with pizza".
The term was also associated with politics in 1992, in connection with the impeachment proceedings against former President Fernando Collor. Since the procedure to remove a president was still new in Brazil, much of the population could not pronounce the term "impeachment", not to mention that many did not believe that Collor would be punished. Therefore, this phrase was used in this case as well.

Literally translated in English, it means "to pull up a sack." This is one of the most common expressions used by Brazilians to refer to selfish people. People who try to please someone, usually a powerful person, or promise themselves a material gain.
This idiom is said to have originated in Brazilian barracks and was a nickname for low-ranking soldiers who had to carry the sacks of supplies during army travel or campaigns.

Literally translated, it means "to put one's feet in the jackfruit." What is meant by this is being drunk. Jackfruit is a very sticky fruit, and of course, no one wants to stick their feet in it.

Chutar o pau-da-barraca literally means "kicking away the tent pole". In English, it can be compared to "throw in the towel". This expression is used for situations in which one is simply fed up and would like to throw everything away and give up.

Literally translated, the phrase means "Now, Inês is dead". Today, the expression is used as a synonym for "it's too late".
It refers to Inês de Castro, who had a forbidden romance with Dom Pedro I, the son of the Portuguese King Manuel. At that time, in the 14th century, arranged marriages were common and Dom Pedro I ended up marrying Dona Constança. Inês de Castro was his lady-in-waiting. When his wife died, Dom Pedro and Inês decided to stay together. This decision did not please the king, who one day took advantage of the fact that his son was not in the castle and had the girl executed. Upon his return, Pedro was furious. "Now, Inês is dead", Dom Manuel would have said.
Upon his accession, Dom Pedro ordered the killing of the men responsible for the conspiracy and declared that he had secretly married Inês. He wanted her to be crowned at the inauguration ceremony as well. For this purpose, her body was recovered and the new king had nobles and subjects kiss the hand of the corpse.

Encher linguiça literally means "to stuff a sausage". This expression is used when you have talked to someone for a long time and yet have not said anything.

Literally, it means "to buy a cat that you thought was a rabbit". What is meant by this is "pull a fast one". This idiom is widespread in Brazil and is also used in politics and gambling. Of course, the person doesn't realize that he or she has been taken for a ride and made a bad deal until after the fact.

Literally translated, the phrase means "the baiana is spinning" and is used when there is a dispute or riot.
The expression "rodar a baiana "originated in the Carnival of Rio de Janeiro. At the beginning of the 20th century, when the blocos took to the streets, the women dressed as baianas were one of the main attractions and some young men took advantage of the situation to pinch the girls' butts. At that time, some capoeirista started dressing up as baianas, and when a disrespectful situation occurred, the troublemakers would get a capoeira kick or punch. No one understood what was going on, and all the spectators could see was that the baianas were literally spinning.

During a Brazil trip, however, you will not only encounter new idioms but also a few familiar ones, such as "the walls have ears," "put your hand in the fire for someone," or "a barking dog never bites."

Depending on the region you are traveling in Brazil, you may also hear idioms typical of the region.
For example, the gaúchos in the south use the expression "botar os cachorros", which can be translated as "to set the dogs on someone," and which means "to argue with someone."
In the north and northeast of the country, "baixa da égua" refers to a very distant place. Literally translated, it means "under the mare".
"Cheguei no mico" is used by residents in Paraná to say that the car is out of gas.

Whether you're traveling in the adventure-filled Amazon, the beautiful beaches of the coast, the lively metropolis of Rio de Janeiro, or the biodiverse Pantanal, try paying attention to which phrases keep coming up...