The Rivers recover - Fish in the Metropolis of São Paulo 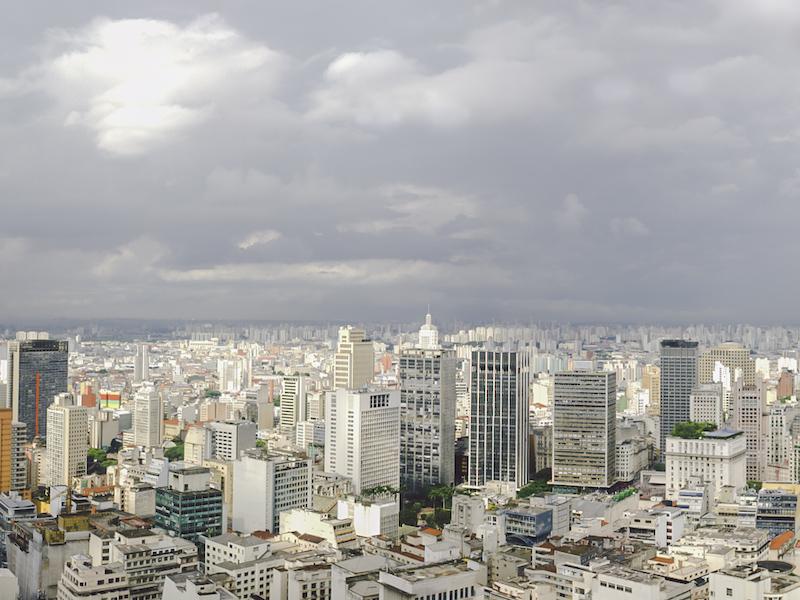 The mega-metropolis of São Paulo is the largest city in South America and home to more than twenty million people. Sampa, as it is affectionately called by its inhabitants, is more than just the economic and financial center of Brazil. In fact, the city is full of life. With an enormous selection of great restaurants, bars, and nightclubs, São Paulo is a lot of fun and, with its wide range of museums and theaters, one of the most diverse and multicultural cities in the Americas and definitely worth a stop during your Brazil trip.
One doesn't necessarily associate São Paulo with unique nature experiences like you can have in the Amazon, the Pantanal, or on Brazil's many dream beaches, but even in the metropolis you can spend relaxing moments in the green, like in Ibirapuera Park or the Botanical Garden.

Rivers in São Paulo - The story of the Rio Pinheiros

The Pinheiros River, which flows in the southern and western zone of São Paulo, is one of the most important watercourses of the city. Although dirty and smelly today, it played a strategic role in the resettlement of the first populations of the Paulista Plateau.

On the edges of the Pinheiros, once occupied by a lush Atlantic Forest, plantations replaced the original vegetation. The floodplain of the river was a region of small farms that produced vegetables and fruits that were consumed in the Santo Amaro region and even exported to São Paulo. The river was quite winding and flooded the adjacent banks during the rainy season. In 1928, the river began to be straightened. A process that was not completed until the early 1950s. From then on, the small farms were displaced by the working-class neighborhoods and factories that were built along the river, along with the Sorocabana railroad.

The waters of the Pinheiros, still clean and relatively free of dirt, became the raw material of the industry that spread in the region. Due to a lack of environmental laws and controls, the river also became a destination for industrial and domestic wastewater, which was discharged into small streams that were still abundant in the region and eventually flowed into the Rio Pinheiros. Between the 1950s and 1980s, toxins of all kinds, heavy metals, and sewage sludge began to accumulate at the bottom of the river. Even today, industries and residents dispose of their waste in the river, with no sign of respect for the environment. Therefore, it seems rather unlikely to find fish or other underwater inhabitants in the river.

The small miracle of the Rio Pinheiros

In mid-April, pictures of fish swimming in the Rio Pinheiros in the section near the Cidade Jardim bridge surprised the people of São Paulo. According to experts, the presence of animals is an indication that the remediation plans and measures implemented for many years to improve water quality and protect the environment are beginning to take effect, and that there is still hope that life can return to the river.
The state government expects the Rio Pinheiros cleanup to be completed by 2022. By then, measures include expanding wastewater collection and treatment, desilting and deepening the river, solid waste collection and disposal along the 15.5 miles (25 kilometers) of the river, and revitalizing the banks, in addition to socio-ecological initiatives.

A visit to São Paulo

São Paulo can do more than be a metropolis, financial center, industrial site, and polluter. The city is known for its multiculturalism. Here you can find a rich mix of cultures, traditional neighborhoods, and museums that are worth visiting and attract many Brazil vacationers every year. Among the most famous attractions is Avenida Paulista, one of the most important streets in the city and one of its characteristic symbols. The financial center of São Paulo is also located there. Strolling down the huge street, you can see several headquarters of the most important financial and commercial companies in South America.

The Art Museum of São Paulo, abbreviated MASP, is also located on Avenida Paulista and is one of the most important museums in the city, as well as one of the first Brazilian cultural associations. It not only houses an incredible collection but is also one of the most important symbols of São Paulo due to the architectural and structural beauty of the museum building. The collection is considered the most important collection in South America, thanks to the high level and variety of works exhibited, ranging from Classical to Contemporary Art. One can admire works by the great Italian and European masters, including Bellini, Mantegna, Botticelli, Raphael, Matisse, Picasso, Dalí, and many others. But the real heart of the museum are the works of Impressionism and Post-Impressionism by artists such as Monet, Renoir, Van Gogh, and Cézanne.

Among the 96 districts of the city, Liberdade, the Japanese Quarter of São Paulo, should not be missed. For this, it should be known that it is home to the largest community of Japanese outside of Japan, and the first emigrants arrived as early as 1902. In recent decades, the neighborhood has also opened up to Chinese and Korean communities, creating a true Asian city in the heart of Sampa. In this area, you won't even feel like you're in Brazil, because between the Japanese restaurants, Chinese taverns, the Museum of Japanese Immigration, the Oriental Garden, and the Buddhist Temple, the culture, folklore, and gastronomy of Asia take the lead.