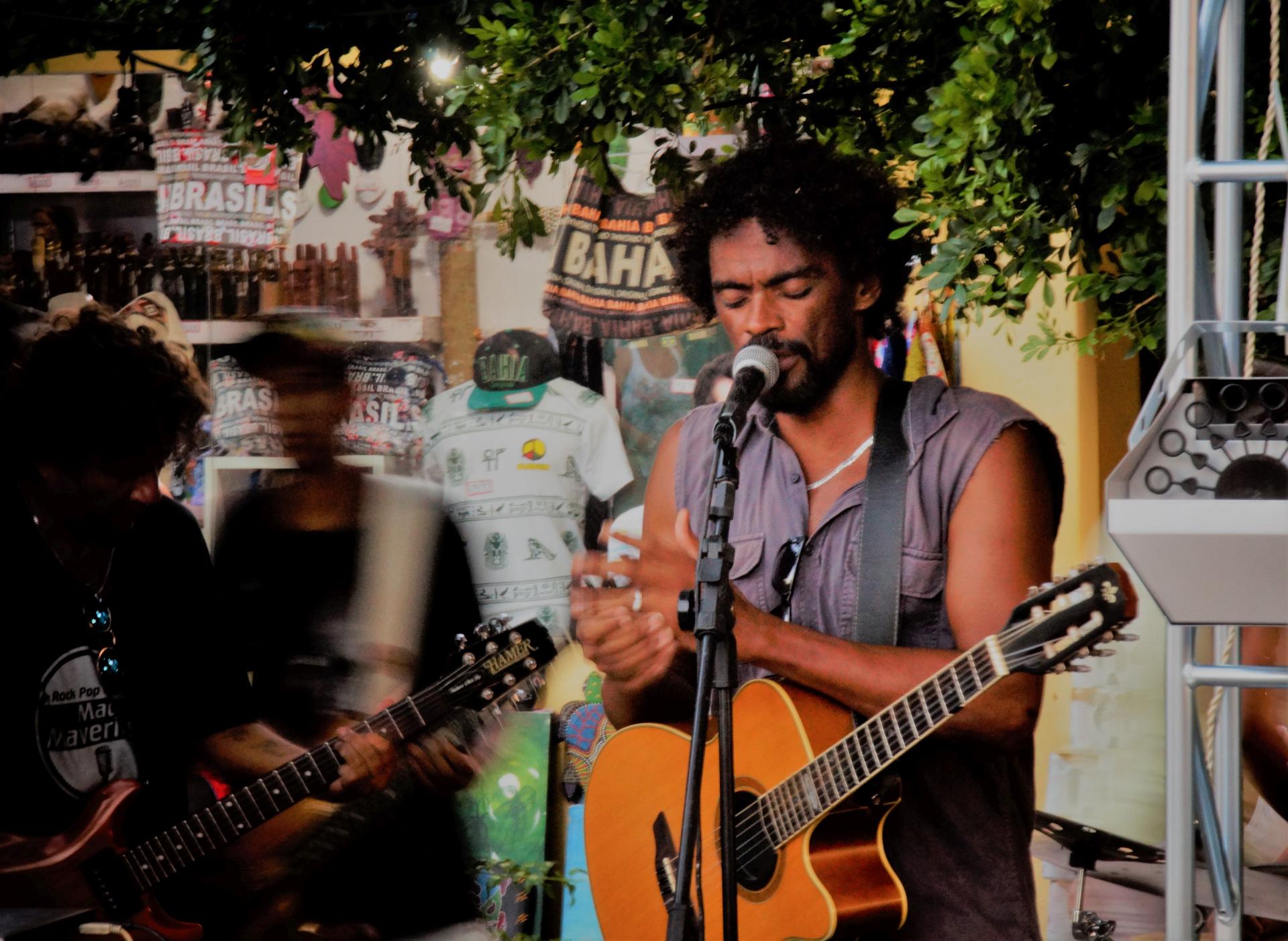 Some say that to distinguish and define the musical styles from Bahia, one must be a musician or a researcher. At the famous carnival of Salvador, it is even more difficult to distinguish the mix of different sounds and to understand whether it is samba, pagode, arrocha, axé music, or other musical styles. By the way, this is not only true for Brazil vacationers, but also for the locals. This is because, in Bahia's popular music, musicians have their way of playing the instruments and choosing the arrangements, tempo, and lyrics.
But according to singer Daniela Mercury, the great characteristic of Bahian music is the cadence, which ensures that the songs are danceable. This danceable rhythm, together with the African culture and the styles integrated over the years, forms the identity of Bahian music.

Probably axé music is one of the musical styles where the opinions of Bahian artists, researchers, and revelers differ the most. For Luciano Matos, it is not a rhythm, but a style with different rhythms. For Daniela Mercury, it is a musical genre that has gone through different influences and several adaptations. Jonga Cunha believes that axé is a musical movement, like tropicália and bossa nova.
However, everyone agrees that axé music can be considered the musical representation of the Carnival in Bahia.

How was Axé music created?

The word "axé" is a religious greeting used in candomblé that represents the sacred energy of the orixás. In the Yoruba language, it means "positive energy or power that any person or thing possesses".

Most assume that axé is a musical genre that emerged in the 1980s in the state of Bahia during the popular carnival in Salvador. It mixes ijexá, samba-reggae, frevo, reggae, merengue, forró, samba duro, candomblé rhythms, pop-rock, and other Afro-Brazilian and Afro-Latin American rhythms.

But axé music had its origins as early as the 1950s, at that time without its current name. Armandinho, Dodô, and Osmar mixed Pernambuco's frevo with galope, a musical style derived from forró, and electric guitar. Over the years, many other musical styles were added, all of which influenced axé music. Percussion became so important in this style that the artists themselves began to imitate sounds of instruments like drums and incorporate them into their lyrics and their songs.

The name "axé music" was given in 1987 by the journalist and music critic Hagamenon Brito. He combined the name of the Bahian music "axé", which he considered kitschy, with the English term "music", which is used by bands with international pretensions.

In the beginning, axé was considered a pejorative term for the loud music of the carnival in Bahia. But at the latest with the album "Canto da Cidade", "Song of the City," by Daniela Mercury in 1992, the term axé slowly became synonymous with music from Salvador.
The most important names that contributed to the spread of axé are Daniela Mercury, Márcia Freire, Ivete Sangalo, Claudia Leitte, Margareth Menezes, Asa de Águia, Chiclete com Banana, and some other artists.

For many, axé is now an integral part of the carnival parties and the popular trios elétricos. Even before axé music officially came into being, people enjoyed the carnival bustle and danced to rhythms such as forró, reggae, maracatu, and frevo from Pernambuco.

Even outside of the carnival season, you can hear the animating rhythms of axé in the streets of Salvador during a Brazil trip. During a city tour, you can get to know the beautiful city of Salvador da Bahia from very different perspectives. This includes a visit to the historic Pelourinho district with its beautiful baroque churches and colonial buildings. A visit to the famous church Nosso Senhor do Bonfim, dedicated to Salvador's city saint, and a stop at the popular photo motif, the Barra Lighthouse, are also part of the program.

If you need a break from the carnival hustle and bustle, you can relax on one of the beautiful beaches in and around Salvador. Not far from Salvador are the two beach towns of Praia do Forte and Imbassaí, with their palm-fringed beaches and clear waters that invite you to relax.