Cristo Redentor - The Patron Saint Watching Over the Sanctuary 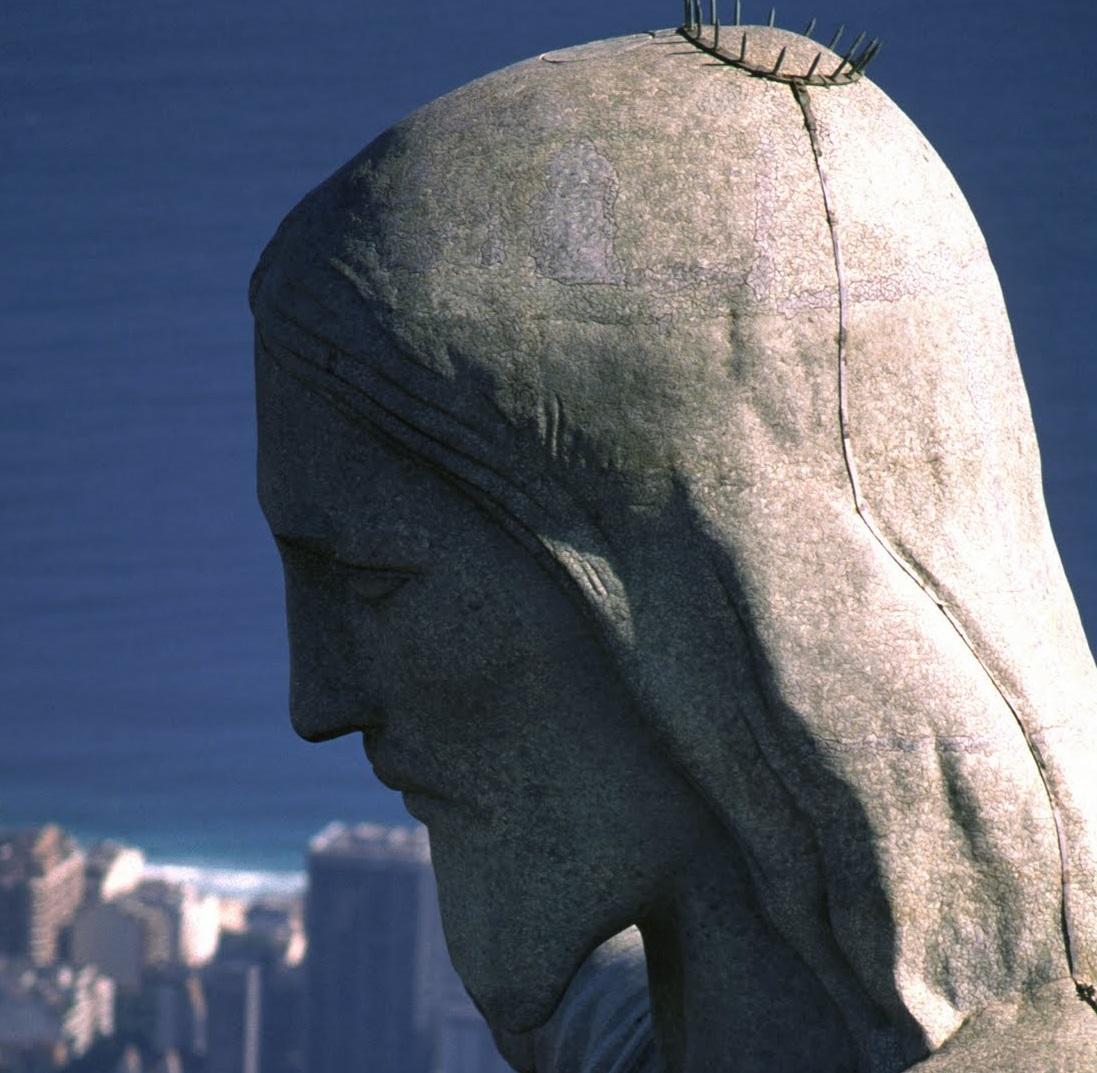 Big, unmistakable, and on everyone's lips worldwide as the landmark of Rio de Janeiro. We are talking, of course, about the Cristo Redentor, also known as the statue of Christ. Every year, millions of people are drawn to the more than 700-meter-high Corcovado mountain during their Brazil vacation to take a look at the impressive structure and the city. If the weather is good, one can enjoy the unique panorama of the southern districts of Copacabana and Ipanema, the Maracanã stadium, and Sugarloaf Mountain. Therefore, none of the visitors will be surprised that the 30-meter high statue was chosen as one of the seven new wonders of the world. By the way, the open arms of the statue signal that the Cristo Redentor, protects the city lying at his feet. The landmark is often used for orientation in the Brazilian metropolis.

The tourist highlight of the Brazilian metropolis Rio de Janeiro

The reason for the construction of the statue of Christ was the centenary of Brazilian independence in 1922. Heitor da Silva Costa, a Brazilian civil engineer, won the competition to design the statue. The plaster casts for the head and hands were made by the French-Polish sculptor Paul Landowski in his studio in Paris. Construction of the statue began in 1922, but due to a financial shortage, the completion of the landmark was delayed for almost ten years. Thanks to the Vatican and France, which helped finance the statue, it was finally inaugurated on the 12th of October 1931. The Cristo Redentor became the model for other statues of Christ, such as the 28-meter Cristo Rei of Almada. Despite its enormous size, the Cristo Redentor was the largest statue of Christ in the world only until 1981. A total of six statues tower over the Brazilian monument in size. The world's largest statue, at 36 meters, stands in Poland.

The landmark of Rio de Janeiro is located in the Tijuca National Park, more precisely on the 710-meter-high Corcovado mountain in the south of Rio. The 30-meter-high statue stands on an 8-meter-high pedestal, in which there is a chapel. The span of the arms is 28 meters and the structure weighs around 1,145 tons. Reinforced concrete was used for the interior, while the exterior was covered with a layer of soapstone to protect the statue from environmental influences. In 2014, the monument was damaged during violent storms, with parts of the thumb and middle finger of the right hand being severed as a result of a lightning strike.

In 2006, the statue was recognized as a place of pilgrimage by the Catholic Church on the occasion of its 75th anniversary. Whether tourists or pilgrims, the Cristo Redentor is always busy. For a leisurely climb, you can take the 3,824-meter cogwheel train "Trem de Corcovado" to admire the view during the approximately 20-minute ride to the top. Alternatively, you can climb the mountain yourself, which is located in the middle of the Tijuca National Park. While hiking through the rainforest, you can marvel at the fascinating wildlife and wonderful rainforest scenery.

Many find the area around the statue of Christ to be a magical place. Masses are celebrated daily in the chapel, and weddings and baptisms are frequent. Can you choose a more beautiful place for that? The panorama for the upcoming wedding photos is unique in any case. But the monument is a popular motif not only for bridal couples. Normally, you are not allowed to climb the statue from the outside, but the Brazilian authorities made an exception for the British Lee Thompson. In a painstaking effort, he took the first selfie from the head of Cristo Redentor. But Lee Thompson is not the only one who wanted to feel the thrill on the statue of Christ. Austrian extreme athlete Felix Baumgarten parachuted from the statue's right arm at 7 a.m. in December 1999. Before that, he climbed to the jump point on a rope shot with a crossbow.
Did you know that the landmark of Rio de Janeiro has shone in the German national colors several times? On October 3, 2012, on the occasion of German Unity Day, and in May 2013, to pay tribute to former German President Joachim Gauck during a trip to Brazil. Not to forget after winning the 2014 World Cup.