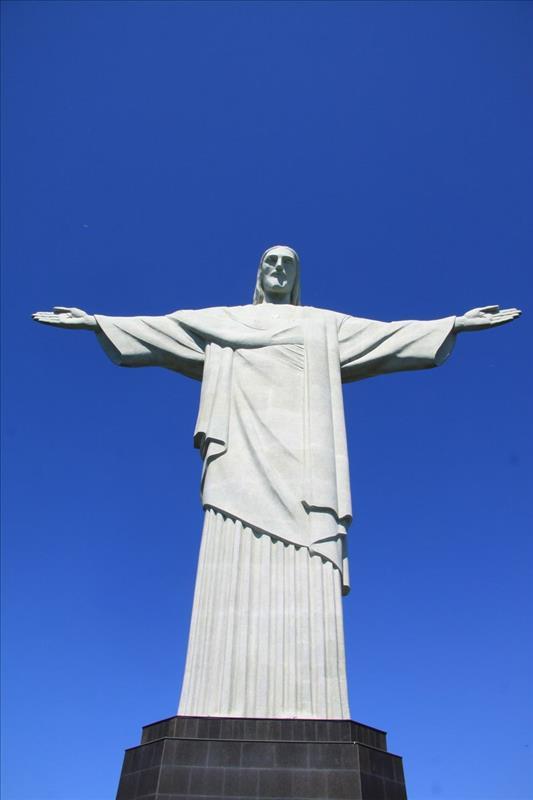 Even Cristo Redentor is into green energy

On the first weekend in November, vacationers who were in Rio de Janeiro on a Brazil vacation were able to admire the statue of Christ on the high Corcovado in the green light. This campaign was intended to draw attention to new, alternative sources of electricity. The visitors of the world-famous landmark of the carnival city generated the electricity for the illumination of the Christ statue just by their presence, because the modules built into the floor of the platform produced energy with every movement. So Rio's inhabitants and visitors made Christ shine through their presence alone. How much energy they were currently producing could be followed on a scoreboard. Many visitors enjoyed generating energy so much that they danced on the modules.

Nightclubs are already operating in two European cities, London and Rotterdam, where the floors are covered with such modules, allowing visitors to generate much of the electricity themselves while celebrating. The Christus Rendetor, which looks out over Rio de Janeiro from the Corcovado with its arms spread out over 700 meters above sea level and is visited by three million people every year. The alternative energy resources represent an interesting opportunity, with which a large amount of electricity could be produced in the future by the visitors and locals of Brazil's second-largest city. In the favela "Morro da Mineira" a soccer field is already being operated with this energy resource. It is the first and only place in the world that is also its power station. This invention of an Englishman was realized with the support of the English company Pavegan and Shell. The soccer field is the largest plant that generates electricity in this way, with two hundred modules. The soccer players generate seven watts of electricity with every step they take. The self-generated electricity is used to power the pitch's floodlights, and the companies have also installed a solar power system. The soccer players and athletes no longer have to suffer from power cuts and can play undisturbed even during the darker hours of the day.

Together with this event, a book was published last Thursday in the popular metropolis of Rio de Janeiro, in which various immigrants summarize their experiences and impressions about life in Brazil and Brazilian culture. Whoever has collected unforgettable impressions of the largest country in South America on a round trip of Brazil and wants to learn more should visit the Livaria da Travassa in Ipanema during a Brazil vacation in Rio de Janeiro and buy one of these copies. The authors of the book originally come from the United States, Morocco, and Sweden, among others, and have lived in Brazil for several years. Readers who are fluent in Portuguese can expect a deep insight into the culture and everyday life of Brazil. Besides, the book also reports on how the country has changed culturally and socially in recent years and explains the problems and situations that you might encounter as an international, whether traveling in Brazil or emigrating.

Besides the city's landmark, the Corcovado with the Christ Redentor, the Sugar Loaf Mountain, and the historic Rio are waiting for Brazilian travelers. Rio's beaches Ipanema and Copacabana invite you to relax from the hustle and bustle of the metropolis. If you want to get to know the social differences of a world metropolis beside the glittering sights, you should take a guided tour to one of Rio's favelas.
In Rio de Janeiro, world-famous sights can be also perfectly combined with a beach vacation.