Top 5 Activities and Attractions in Pernambuco 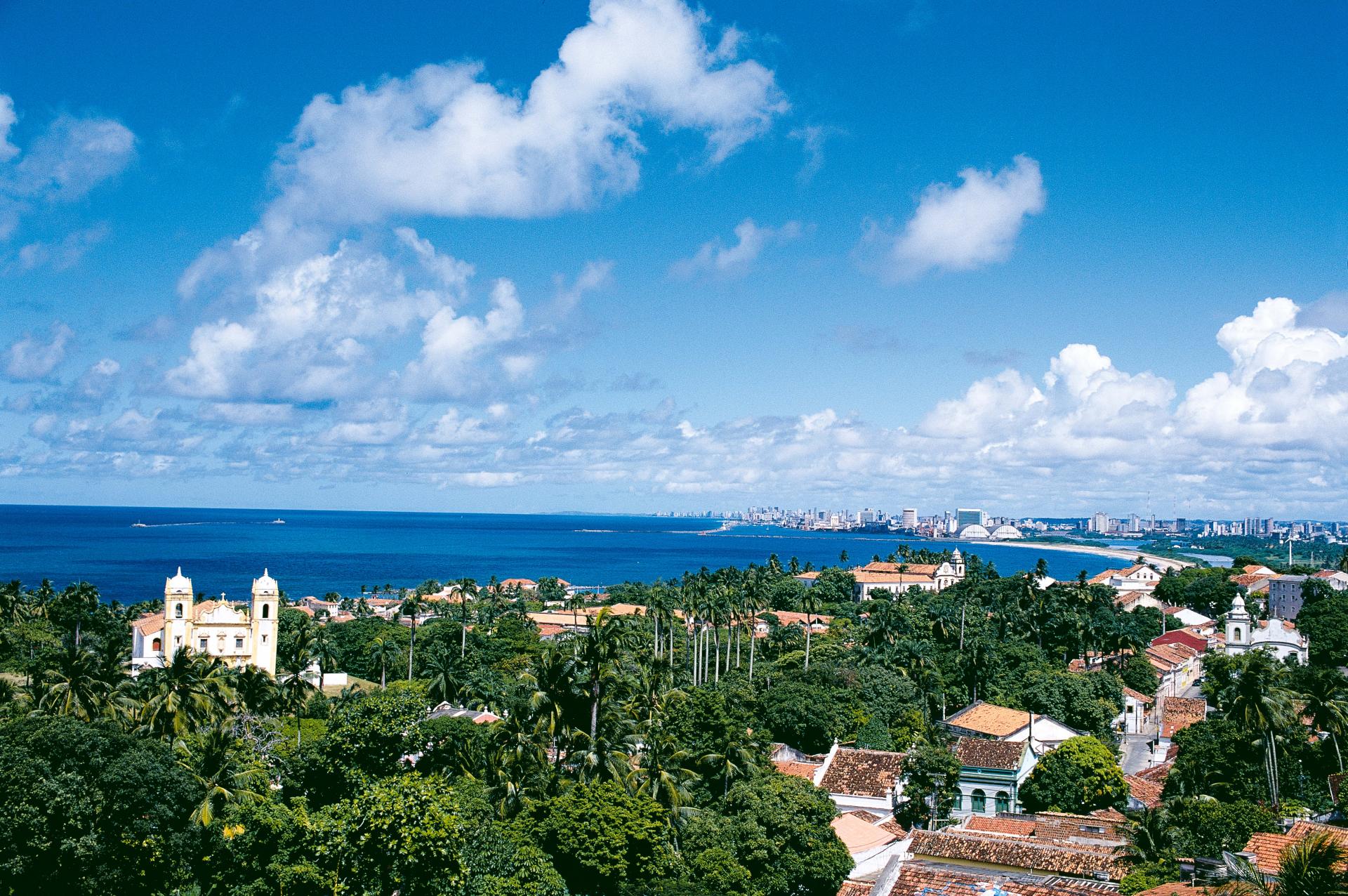 Dream beaches, charming small towns, and a beautiful archipelago of islands – that's Pernambuco. The state in northeastern Brazil is home to about 9 million inhabitants who call themselves pernambucanos. The capital Recife is the largest city of Pernambuco, with more than 1.5 million inhabitants, and is a nice destination for tourists due to the picturesque old town and the location at the Atlantic Ocean. The comparatively small state has a total area of about 37,838 square miles (98,000 square kilometers) and is thus about as large as Indiana. Not as tiny as it seems at first glance.

The subtropical climate invites to a stopover during a Brazil trip all year round. With an average annual temperature of 77 degrees Fahrenheit (25 degrees Celsius) and only 185 rainy days per year, the area is perfect for recovering from the European winter and enjoying some time out in the sun. We've compiled our top 5 activities and attractions in Pernambuco to help you plan your stay.

The "House of Culture" is located in the São José area of Recife. In the 19th century, the building was the largest prison in Brazil and the first panoptic radial prison in South America. The architecture of the panoptic system arranged the cells in wings that could be easily monitored from a central room. Due to the cross shape of the house, each of the four wings points in a cardinal direction, and a huge metal dome covers the central lobby.

However, the prison has not been in operation since 1973 and in the following years it was transformed into a center of art and culture. The idea came from the artist Francisco Brennand, and the project for its restoration was elaborated by the architect Lina Bo Bardi. Today, some skillful artisans have set up shop in the 150 cells, where they do the finest craftsmanship. Thus, tourists can buy beautiful crafts made of clay, wood, and other raw materials and take them home as souvenirs of the Brazil vacation.

In 1636, Dutch Jews founded the first and oldest synagogue in the New World, the "Sinagoga Kahal zur Israel", in what is now the Rua de Bom Jesus in Recife. At the time, the Dutch ruled over northeastern Brazil. When the then Governor General Johann Moritz of Nassau-Siegen proclaimed religious freedom in what was then New Holland, many Jews from the Netherlands came to the Moritz City, now Recife, to join the Kahal-Zur-Israel Synagogue and celebrate their new freedom.

However, when the Portuguese expelled the Dutch in 1654, the number of members decreased and the use of the building as a synagogue ended. It was not until the 20th century, that the building was demolished. In 1999, the foundation walls were uncovered by archaeologists, on which the "Centro Cultural Judaico" was subsequently built. Today, the Jewish Museum provides information about the history of Judaism and the synagogue. Due to its historical significance, the synagogue can also be used for weddings and Bar Mitzvah celebrations.

Praia da Boa Viagem is Recife's most popular city beach. Being the main beach of the megacity, you will meet here not only Brazilians, but also some tourists. The 3.1 miles (5 kilometer) long sandy beach with a promenade lined with palm trees is well equipped. At intervals of a few 328 feet (100 meters), you will always find free hygiene facilities, the watchful eyes of lifeguards, countless beach vendors, and Brazilian barracas. These are small beach stalls that are easy to spot because of their umbrellas and large coolers. There you can get fresh iced coconuts, beer, soft drinks, and often fresh grilled fish.

There are also many opportunities to exercise on the beach. The promenade consists of a sidewalk for pedestrians and joggers, as well as a bike path, which you can also use with skateboards or inline skates. In addition, there are some fixed outdoor fitness equipment, soccer, tennis, and basketball courts where you can hone your perfect beach figure. In addition, on the sandy area you can always find volleyball courts. Whether lazing in the sun or training fitness on the sports field, Praia da Boa Viagem offers variety and activities for every taste!

Olinda is one of the oldest cities in Brazil and can convince with its beautiful old town. The jewel of baroque architecture is still a reflection of the European culture of the 17th and 18th centuries and has been on the UNESCO World Heritage List since 1982.

The name can be derived from "Ó linda" and means something like "Oh, how beautiful". The city definitely lives up to this promising name. The culture and architecture of the European colonialists can still be admired in the old town. The baroque buildings are popular photo motifs for architecture enthusiasts, and the many old churches still appear in their former glory.

Moreover, there are few Brazilian cities where the cultural enthusiasm is as great as in Olinda. For many centuries, the city has been a meeting place for the creative artistic class. Thus, sculptors, painters, and theaters can be found on many corners, and the importance of art and culture is reflected in the attitude to life there. Throughout the old town, you can see Brazilian guitarists playing their songs to the typical sounds of the country and entertaining the tourists.

In addition, the city is an insider tip for carnival, because it is said that the most beautiful carnival parades in the country can be seen in Olinda.

Fernando de Noronha is a Brazilian archipelago of volcanic origin in the Atlantic Ocean, about 217 miles (350 kilometers) east of the Brazilian mainland. The 21 islands are part of the UNESCO World Natural Heritage and are a true paradise that you must visit. 70 percent of the archipelago are a maritime national park with fantastic beaches, crystal clear water, and intact coral reefs. In addition, the best diving area of the country is located here. During a dive, tropical fish species, corals, dolphins, and even sharks can be discovered. There are also plenty of spectacular places for snorkeling, such as Baía do Sancho or Baía do Sueste. With a little luck you can meet sea turtles here!

Those who have come to surf will be happy at the beach Cacimba do Padre, where numerous competitions are also held during the winter months. For kitesurfers, however, the archipelago is not recommended due to the strict environmental protection.

An absolute highlight of the archipelago is the beach Baía dos Porcos. In the natural pools of the "Bay of Pigs", which is only 328 feet (100 meters) wide, countless sea creatures cavort. Directly in the sea in front of it are the two rocks Morro Dois Irmãos, which can be admired from the beach.
Another dream beach is Praia do Leão, located on the south coast of the island. Here, sea turtles lay their eggs in the sand from January to July. If you travel to Fernando de Noronha at the right time, you can see the little turtle babies waddling into the sea.

The state of Pernambuco offers everything the heart desires. The culturally rich old towns and the wonderful nature make young and old alike happy. Have you ever thought about spending your next Brazilian vacation in Pernambuco?