When Someone Makes a Trip to Brazil... 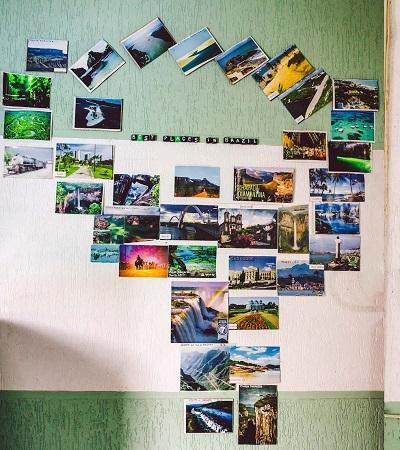 Aventureiro Dario documents his trip to Brazil in a video

A trip to Brazil offers a lot and covers all kinds of interests. Not only the famous sights in Rio de Janeiro, the waterfalls of Iguacu or the Amazon are worth a trip. Those who bring along time and pioneering spirit can discover and experience much more away from popular destinations.
After Brazil, whose name is derived from the Brazilwood tree (Portuguese "pau-brasil"), had long been inhabited by indigenous tribes, it was approached in 1500 by the first European settlers. Thirteen Portuguese ships under the command of Pedro Alvares Cabral landed in April in what is now the state of Bahia in Porto Seguro, the "safe harbor". In order to stop pirates, the Portuguese king divided the area from east to west into zones from 1531 onwards and began to settle the area. This was the beginning of the three-hundred-year-old colonial period. Portuguese and other European immigrants from Italy, Spain, and Germany, the indigenous population as well as African slaves equally shaped the society and culture of the young colony. Today you can experience the result of this centuries-long development in the varied gastronomy, the rich handicrafts, and the colorful Brazilian population, whose warmth and positive nature inspire enthusiasm.

Thus, travelers in Brazil gain new experiences, which not only give a vacation feeling and distance from everyday life but also enrich life in general and broaden the horizon. In addition to the cultural richness, the overwhelming natural landscapes, in particular, cast a spell. We received feedback on this from an adventurer who spent a month in Brazil. Let him have his say here:

"My name is Dario. In December 2015 I started an impressive trip through the largest country in South America, organized by Aventura do Brasil during the first three weeks. Starting in Florianopolis, over the breathtaking Foz do Iguacu waterfalls, through the mystical Amazon rainforest and the Chapada Diamantina to the paradisiacal beaches of Bahia, our journey led us to the most beautiful beaches in the world. It was important to experience the country in all its diversity. Especially the strong contrasts make Brazil irresistible for nature and culture lovers. Many of the shots in the video were taken during this time, the rest during my subsequent individual trip along the coast and through Minas Gerais to Rio de Janeiro. I have tried to express my experiences in the video by looking at the relationship between man and nature from a cosmic point of view. It should not only be an inspiration to escape from everyday life for a few weeks, but rather a motivation to take up values found through experience back into everyday life. As this is my first project of this kind, I am happy to spread the word and hope for feedback".

In his high-quality video Dario has summarized his impressions and lets us share them:

No matter if you are planning a vacation in Brazil or if you already have it behind you and want to relive your experiences. The film is exciting for everyone. Even newcomers to Brazil will be fascinated by the moving pictures and makes them wish for more.
If you want to give Dario and us feedback, you will find the opportunity to comment on our Facebook page:

We are looking forward to it!