Fernando de Noronha Has the Most Beautiful Beach in the World 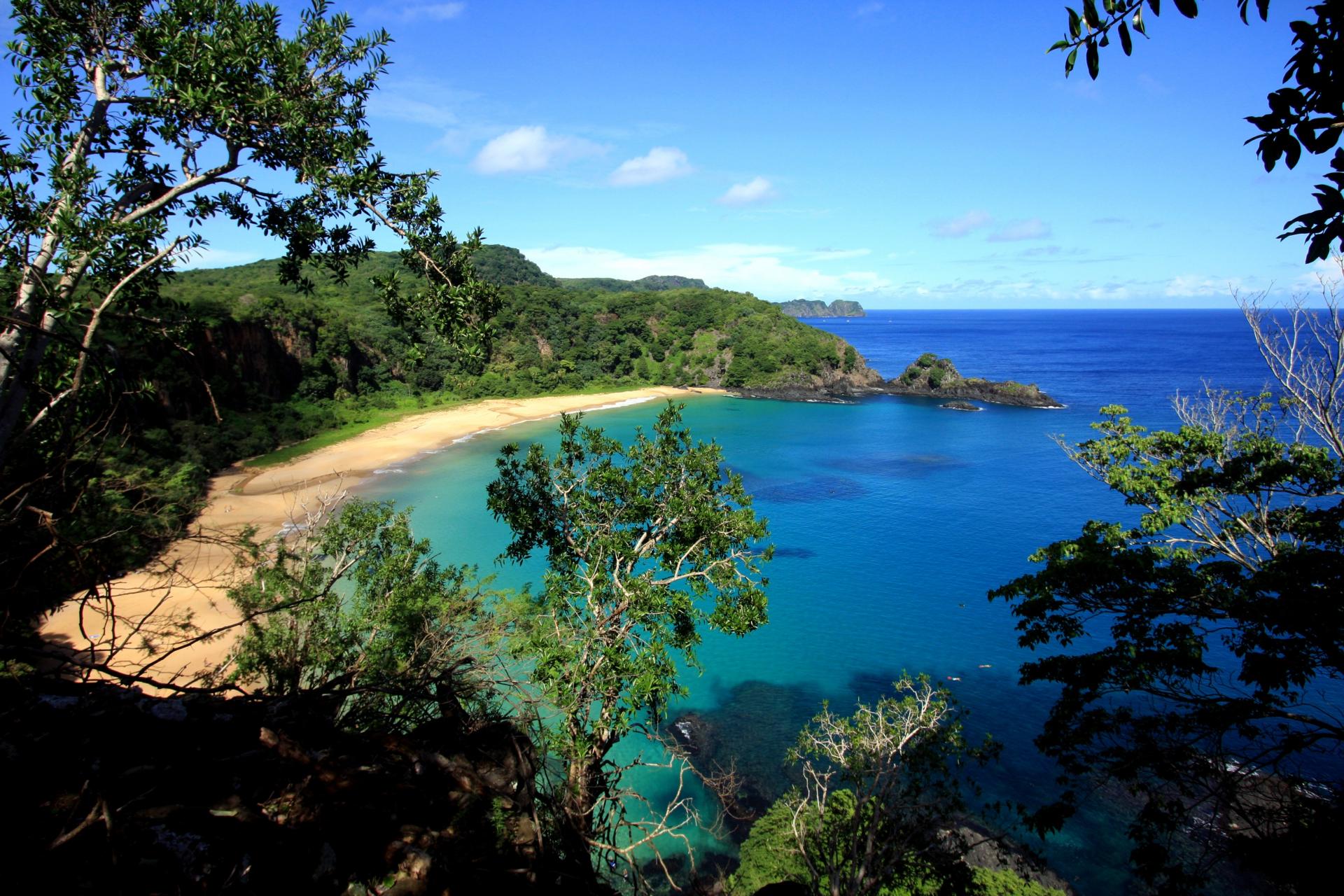 Are you planning a trip to Brazil and would like to spend a few relaxing days on one of the most beautiful beaches in the world? With 4654,6 miles (7,491 kilometers) of coastline in Brazil, you are spoilt for choice, because there are dream beaches from north to south. But the most beautiful beach in the world, according to the Travellers' Choice Awards 2020 by TripAdvisor, is located on Fernando de Noronha, in the middle of the Atlantic Ocean, about 217,4 miles (350 kilometers) northeast of the Brazilian coast. A one-hour flight will take you to one of the most beautiful destinations for sea lovers: the Fernando de Noronha archipelago. An incredible natural paradise awaits you, which will remain in your memory forever. Especially because of the landscape, the beautiful beaches and the unique underwater world. It is literally a "paradise".

Fernando de Noronha is a paradise of rare beauty. The archipelago of volcanic origin lies about 217,4 miles (350 kilometers) off the coast of Brazil and belongs to the state of Pernambuco. It takes its name from the Portuguese merchant Fernão de Loronha, who received the islands as a gift from the Portuguese king for his services in importing wood from Brazil. The archipelago consists of 21 islands, only the largest of which is inhabited. On Noronha, you can enjoy warm temperatures all year round and only have to pay attention to the dry and rainy season when planning your trip.
The National Marine Park of the same name, which covers an area of about 27,848.7 acres (112.7 square kilometers), has been in existence since 1988, and strict rules apply in order to adequately protect nature. For example, you are not allowed to touch turtles, fish or make a fire. In addition, the number of visitors is also limited. Thanks to the rigorous nature protection, the fascinating underwater world of Noronha, home of colorful fish, corals and crustaceans, is still preserved. With a bit of luck, you can also see dolphins on some beaches, such as the Baía dos Golfinhos. Therefore, no one is surprised that the archipelago was declared a World Natural Heritage Site by UNESCO in 2002.

Baía do Sancho, the most beautiful beach in the world

And once again Fernando de Noronha has won the race for the title of the most beautiful beach in the world. In September 2020, the rating portal TripAdvisor named Baía do Sancho the "Most Beautiful Beach in the World". Millions of reviews and experience reports on TripAdvisor form the basis for the ranking. The number of ratings and their quality were taken into account for the ranking. Therefore, the list does not contain any hidden dream beaches, which are still treated as real insider tips, but popular beaches, which inspire their visitors.
With 99 percent positive ratings, Baía do Sancho is in the first place. Anyone who has ever seen photos is not surprised. The crescent-shaped bay captivates with white sand, crystal clear water and picturesque rock formations in the background. The descent to the beach is a bit demanding, but you will be rewarded with bright sand and turquoise water. Furthermore, the underwater world there is perfect for diving or snorkeling to see turtles, colorful fish and coral reefs up close.

The highlights on Fernando de Noronha

Among diving professionals, Fernando de Noronha is considered a top spot in Brazil. The visibility is up to 164 feet (50 meters) below the water surface and the water is pleasantly warm. Excellent conditions to observe the sea inhabitants extensively. There are more than 30 dive sites, which appeal to both beginners and experts. Laje Dois Irmãos, Cabeça das Cordas and Pedra da Sapata are among the most popular dive sites on Noronha. In addition, large marine mammals such as whales, sharks and dolphins pass by here more often on their migration than on the coast. Surfers will also find great spots for surfing on Noronha.

You should also try a hike to the highest point of the island, because from there you can enjoy a wonderful panoramic view. Along the ascent, there are several viewpoints from where you can admire the postcard motifs Morro Dois Irmãos and Ilha do Frade. After about 1.86 miles (3 kilometers) you will arrive at the top of Morro do Pico (1,053 feet (321 meters) of altitude), where there is also a lighthouse. The hike is moderately difficult and it is recommended to be accompanied by a guide, as the path is not always clearly signposted. A very special and impressive experience is to enjoy the sunset up there!

Another highlight on Fernando de Noronha is the Baía dos Golfinhos. With a bit of luck you can observe dolphins here because more than 1,000 spinner dolphins have been counted, the world's largest collection. After entering the protected area, there are two trails in front of you. The path on the left side leads to a cliff overlooking the sea. From here you have an incredible view of Baía dos Golfinhos. The steep drop to the sea where the waves break is breathtaking. The rich vegetation is the perfect habitat for large birds, that nest on every branch. Golfinhos is Portuguese and means dolphins. And so, with a bit of luck, you will be able to see some dolphins between the waves as they leap in the air.

And if you are in the mood for some unforgettable days in paradise, then plan your next Brazil vacation on Fernando the Noronha and get to know the "most beautiful beach in the world"!