The Amazon Rainforest in Brazil 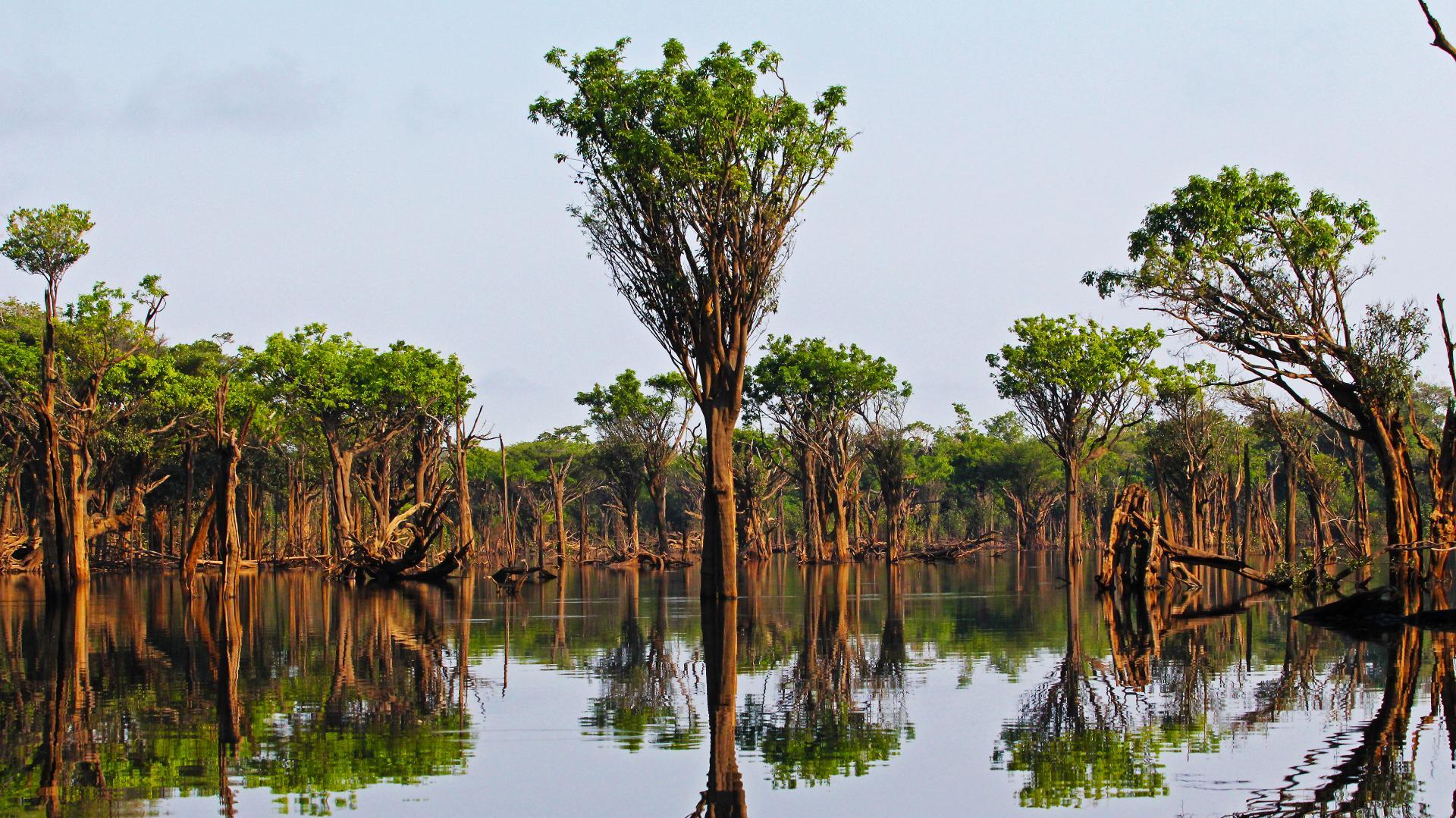 If one tries to describe the Amazon region, it teems with superlatives. Here flows the second longest and most water-rich river on earth. Around two-thirds of all water that flows in rivers worldwide flows in the Amazon from the Andes to the Atlantic. This is why the river is also called the lifeline of the Amazon rainforest. The largest rainforest on earth grows here with an incredible variety of plants and animals. About 1,400 species of fish, almost 520 species of amphibians, about 550 species of reptiles, 1,000 species of birds, and more than 300 species of mammals have been discovered in the Amazon Rainforest so far. You can discover these and many more on your next Brazil trip. The Amazon Rainforest covers about 5 percent of the earth's surface and nearly 40 percent of South America, spanning nine countries: Brazil, French Guiana, Suriname, Guyana, Venezuela, Colombia, Ecuador, Peru, and Bolivia.

The term "Amazon" is used to describe the rainforest, the river, and the entire Amazon basin. The Amazon rainforest has an area of about 2316613 square miles (six million square kilometers) and covering a size approximately equal to the lower 48 United States. However, the largest part of this enormous area, about 60 percent, is in Brazil. It is an ancient habitat that has been developing for many millions of years. The diversity of species found here is enormous when you consider that the Amazon rainforest covers only about 5 percent of the earth's surface, yet more than half of all plant and animal species live here.
The climate is tropically warm and humid all year round. Especially the rainfalls are of considerable extent. In one year an average of 1,500 to 1,700 milliliters of rain per square meter fall. The trees in the rainforest are so densely overgrown and so close together that it can take up to ten minutes for the first raindrops to reach the ground. Sunlight also has a hard time penetrating the treetops and rarely reaches the ground.
The Amazon rainforest is also called "the green lung of the earth" because it filters carbon dioxide from the air and releases it again as oxygen. It is therefore an important filter in the global climate system. Researchers assume that the Amazon rainforest produces an estimated 20 percent of the oxygen on earth. The rainforest also plays an important role in medicine. Today, a quarter of all medicines contain substances extracted from plants of the Amazon rainforest.
The natural healing powers of many rainforest plants were already known to the indigenous people of the Amazon. Even today, some of the indigenous people live with their tribes in the middle of the rainforest and continue the traditions of their ancestors.

Insider tip: "The Caribbean of Amazonia"

About 17 miles (30 kilometers) from Santarém is the small fishing village Alter do Chão. In recent years it has become a popular tourist destination in the region without losing its charm. The fishing village owes its nickname "Caribbean of Amazonia" to the endless white beaches and the clear water of the river Rio Tapajós. Several small streams that flow into the Rio Tapajós delimit a sandy tongue of land in such a way that a lake is formed here. This sand barrier, also called "Ilha do Amor", "Island of Love", is the landmark of the 5.000 inhabitants village.
Directly on the beach, small huts offer drinks and local and seasonal food. But after only a few meters you have the beach to yourself and can enjoy the beautiful nature in peace and quiet. All year round it is very warm and tropically humid in Alter do Chão with temperatures between 25 and 35 degrees Celsius. During the rainy season from December to May, the water level rises so much that from March onwards no beaches can be seen. This is the perfect time to visit Alter do Chão. Paddle with a canoe through the flooded rainforest also called "Floresta Encantada" during this period, and observe the wildlife of the "enchanted forest" more closely.

If you are looking for more action during your Brazil vacation, choose our Survival Tour in the Amazon region. Or do it like the long-distance swimmer Martin Strel. He swam down the entire Amazon River in only 66 days in 2007.