Only found here: The Brazilian Pato Mergulhão – One of the Rarest Birds in the World 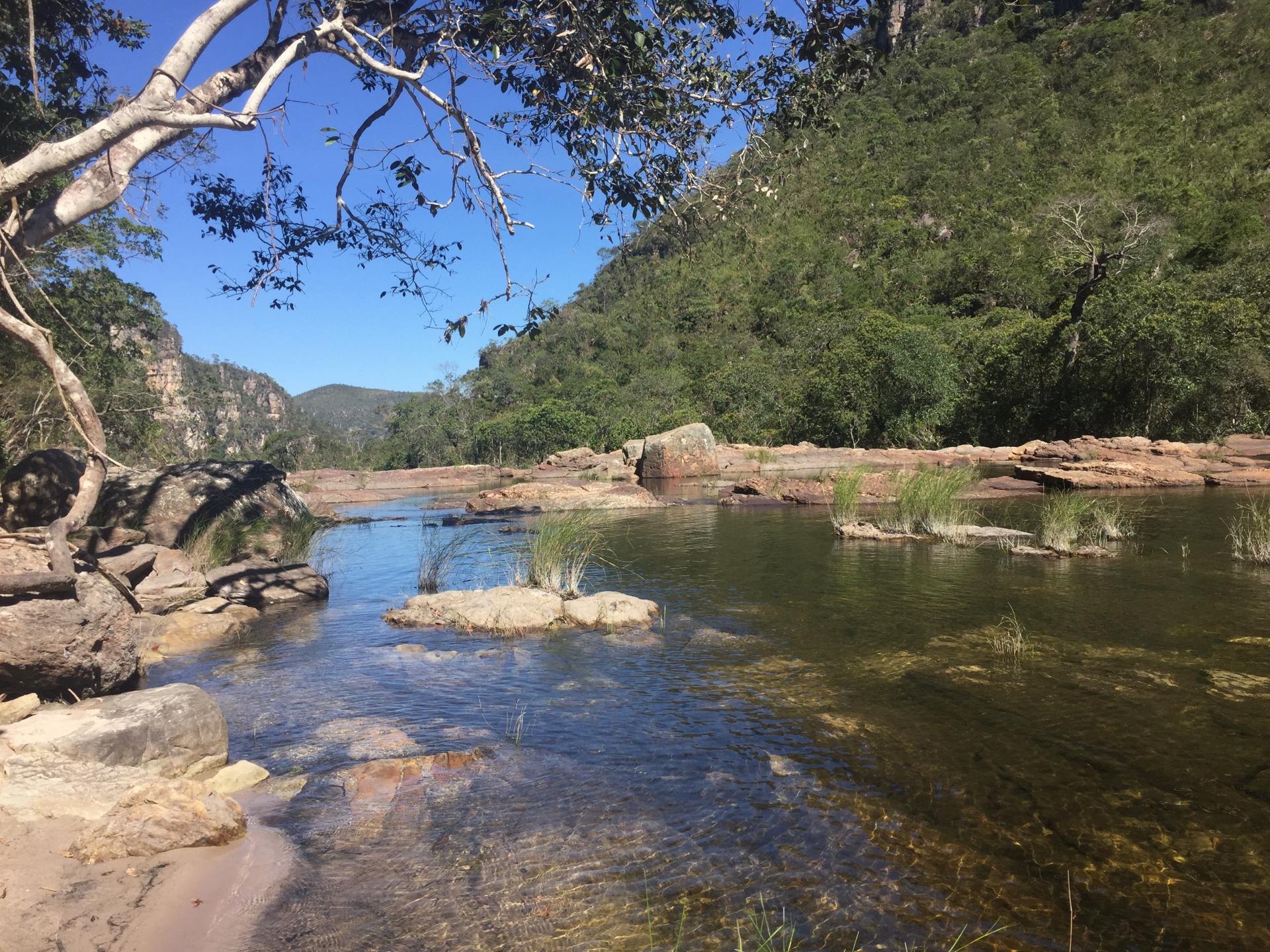 One of the rarest birds in the world and an heraldic animal of the Brazilian Cerrado, that is the Pato Mergulhão. The rare bird was already discovered 1817 by the French ornithologist Louis Jean Pierre Vieillot. In this article, we would like to present the rare “diving duck” which was spotted in only three Brazilian states within the last decades. With a lot of luck, you might see the Pato Mergulhão on your Brazil holidays in Minas Gerais, Goiás, or Tocantins!

Appearance and living of the Pato Mergulhão

Mergus Octosetaceus, as is the Latin name, is akin to swans and geese. The head feathers of the males are black, those of the females are brown. The Brazilian Pato Mergulhão has long feathers at the back of the head and the plumage of the body is colored grey-brown. The long and ribbed beak of the rare birds serves to catch food such as little fish like Asyanax and vertebrates, when diving for up to 30 seconds. Apart from foraging, the “diving ducks” like to relax alone or in pairs on rocks in the middle of the river.

The females lay up to eight yellow-white eggs into their nests which they set up in tree trunks, crevices, or fissures on the brink of rivers or creeks. There, they hatch their eggs for around 30 days. Afterwards, the ducklings stay with their parents for nearly six months, until they reach adult size and become independent.

The habitat of the rare bird

Originally, the Pato Mergulhão lived in numerous regions in Brazil, Paraguay, and Argentina. Based on estimations, only around 250 of the rare birds exist nowadays in Patrocínio and in Serra da Canastra in Minas Gerais, in Jalapão in Tocantins, and in Chapada dos Veadeiros in Goiás where the Pato Mergulhão can be registered consistently since the 1950s. Serra da Canastra, where the largest population lives, is of utmost importance for the survival of the rare birds. Here, the “Instituto Terra Brasilis” exclusively observes and protects the Pato Mergulhão.
More than one decade ago, only few individuals could be counted in Paraguay and Argentina. Today, the population size is unknown.

The Brazilian Pato Mergulhão is considered a “bioindicator”, namely a species that is very sensitive to changes in their habitat. Therefore, the presence of the Pato Mergulhão stands for an intact and well-preserved environment in the corresponding regions.
The “diving ducks” live in crystal clear rivers and creeks with rapids, marked by original vegetation. The Pato Mergulhão depends very much on sound wetlands of the Cerrado, especially rapids and mountain rivers. Also because of this, the Brazilian bird ranks among the ten most endangered water bird species in the world.

Threats to the Pato Mergulhão

The destruction of their natural habitat, promoted by the relaxation of the Brazilian Forest Code “Código Florestal Brasileiro”, the disappearance of watercourses and river beds, and the use of agrochemicals on pastures and farmland which end up in the watercourses, belong to the biggest threats to the Brazilian Pato Mergulhão. Furthermore, mining, dams of hydroelectric power plants, and touristic water sports offers in the wilderness put the rare birds in danger.

By intervening decisively, politics and society can put and end to the extinction in process, in order to keep the Pato Mergulhão safe in Brazilian rivers and for you to be able to admire the unique bird on your trip to Brazil!